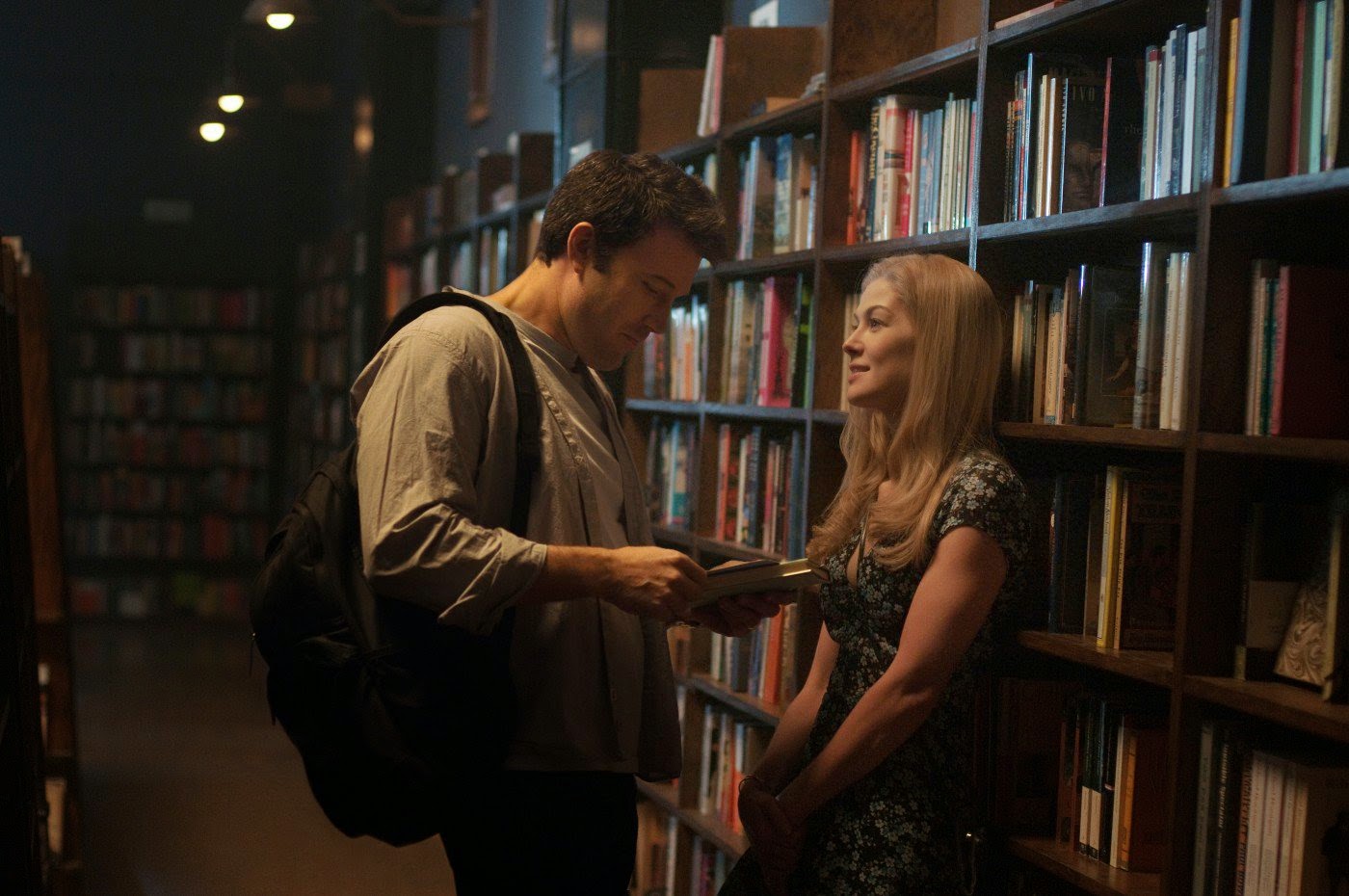 Is it even possible to remotely review “Gone Girl” without talking about its many interesting plot details? I’d say not really. So the only things that can really be said about the film are how truly great it is and that’s it’s definitely worth your time and hard-earned money. What little details can be said about the story without giving much away is what people who haven’t seen the film probably already know. That it’s about a man whose wife goes missing. Is she dead? Has she been kidnapped? And was the husband involved? Nothing more can be said nor should be said for anyone who hasn’t seen the film, except for this: by the film’s midpoint it’s a completely different ball game and you never quite know where the film will end up. It’s also completely intoxicating from start to finish due to Fincher’s dependable direction, tremendous performances, and such an intriguing story that any plot hole or other far-fetched element can be completely and rightfully dismissed.

Ben Affleck stars here, in another one of his more recent, outstanding performances, as Nick Dunne. His beautiful wife is Amy (a revelatory Rosamund Pike) and like him she’s a writer. The problem is the modern world is a horrible place for writers as they’ve both recently become out of work. Also recently, Amy has gone missing. Nick comes home to what appears to be a bit of a struggle in the living room but there’s no sign of his wife. There also doesn’t seem to be much concern in Nick’s face which sort of makes us wonder if A) he had anything to do with it, or B) he even cares that she’s missing. A detective (Kim Dickens, also great) is brought in to investigate and eventually Amy is officially considered a missing person.

What comes next is a complete media circus. This is where Gillian Flynn, who wrote the script based on her best-selling novel, really shines as the film is essentially, and appropriately, a complete dig at the news media. Every news outlet loves a story about a beautiful wife who goes missing and following the every move of the supposedly innocent husband who barely even seems to seem at all concerned in front of the cameras. This is an engaging, and surprisingly humorous look at the sensationalism purported by the media when an event like this occurs. And that’s exactly what it becomes when something horrible like this happens: it becomes an event, complete with logos, titles, and its own theme music.

But “Gone Girl” isn’t your average thriller, it’s smarter than that and certain things will be revealed throughout the course of the film which really changes everything you thought you knew where the story was headed. There’s more to Amy and Nick’s marriage then you know at first. And Fincher stages everything simply wondrously. He’s a guy we know gets a kick out of exploring the dark recesses of the human mind. He’s not afraid to take his audience to dank, depressing places. But what really elevates the film is its surprising sense of humor. And that mostly comes from Nick’s touching relationship with his twin sister Margo (Carrie Coon) and with a popular defense lawyer played by Tyler Perry, sans drag, of all people. Even Neil Patrick Harris, completely cast against type as someone from Amy’s past is outstanding as well. It’s an odd ensemble, but it all somehow works.

“Gone Girl” is a stunning cinematic achievement. All aspects of the production, with the help of Fincher regulars, are top notch. Everything from the evocative music (Trent Reznor and Atticus Ross), the sterile cinematography (Jeff Cronenweth), expert cutting (Kirk Baxter), and aforementioned performances are all outstanding. The script is a surprisingly witty critique on the media and marriage and offers an amusingly dark and twisty plot. It may not always be completely air tight, but I’ll be damned if your jaw isn’t agape when it’s all over.  GRADE: A

Thank you for this lists of films and reviews. I've been weeks overwhelm by bad movies as I lack of a proper guide. I mean, one with a similar quality rate to mine. Although, maybe you are giving A- easely (and less B) in 2014? 2013 I agree for the most part ;)
but as i was saying, thanks a lot! it has been of an incredibly help.
best & keep blogging.