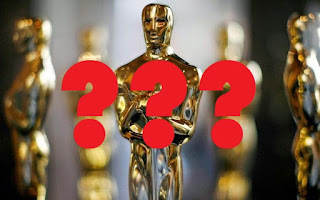 Contrary to popular belief there were actually a lot of movies that came out in 2020. A lot of them just didn’t get released in theaters but they do still quality for Oscars. In fact, it was easier than ever to see the buzzed about potential Oscar nominees. Frontrunner Nomadland debuted on Hulu. The Trial of the Chicago 7 is on Netflix as is Mank, Ma Rainey’s Black Bottom and Da 5 Bloods. Promising Young Woman, Minari, and News of the World can be rented or bought on your favorite digital platform. One Night in Miami, Borat Subsequent Moviefilm, and Sound of Metal are all on Amazon’s Prime Video. Judas and the Black Messiah is in theaters and available on HBO Max until March 14. The Father is in theaters now and will be available to rent on streaming platforms starting March 26. Personally, I think this year’s crop of potential nominees are fine. There are a few that I really love but overall it’s arguably one of the "weaker" years because so many films were pushed from the schedule so the films feel more obscure and random. Further proof of this can be seen in the craft categories where bigger budgeted summer films usually dominate but are nowhere to be found except for films like Tenet and Mulan. But the Oscars must go on so let’s do this!

One Night in Miami…

Judas and the Black Messiah

A decent slate this year of some very good films but overall I still find this year to be one of the weakest in recent memory. My personal horse is easily Promising Young Woman which blew away the competition in my humble opinion. I’m curious how many nominees there will be this year I’m gathering either 8 or 9 nominees and I’d be surprised if any of them aren’t made up of these 13 films that I’ve listed.

Aaron Sorkin, The Trial of the Chicago 7

It’s actually possible there could be more than one woman nominated in this category for the first time in Oscar history. It’s even possible that there could be three but with this male dominated branch that feels highly unlikely. I still feel like Aaron Sorkin, known much more for being a screenwriter feels the most vulnerable here. This five is the same list as the DGA noms which rarely has perfect five for five crossover but weirder things have happened.

Vanessa Kirby, Pieces of a Woman

Alternate: Sophia Loren, The Life Ahead; Zendaya, Malcolm and Marie

I’d be sort of surprised if this doesn’t end up being the final five. I guess Amy Adams could surprise for the critically maligned Hillbilly Elegy but they didn’t even nominate her for Arrival so who knows

Delroy Lindo has been a critical favorite all season but he’s been constantly left off the precursor awards lists leading up to the Oscars so he seems like a longshot at this point. But there is always a surprise in these lead acting categories so I wouldn’t be surprised to see him show up instead of Steven Yeun or even bumping out crotchety old white guy Gary Oldman.

Maria Bakalova oddly enough feels like the frontrunner and the most likely to get snubbed at the same time. (Amiright Hustlers’ Jennifer Lopez?) This category has literally been BONKERS this entire awards season with so many random snubs and surprises along the way. Jodie Foster won this category at the Globes but isn’t even nominated at BAFTA or SAG (or Critics Choice) but Regina King was able to win here and at the Globes without BAFTA or SAG noms so who the hell knows what’s gonna happen here.

Sacha Baron Cohen, The Trial of the Chicago 7

Jared Leto being nominated still feels like too much of a mainstream fluke and I think he’ll be replaced by a more critical favorite like Sound of Metal’s Paul Raci who is simply wonderful. The late Chadwick Boseman looks like he’ll be double nominated. I’m not sure any dead performer has ever been able to accomplish that. Daniel Kaluuya who gives a wonder (but lead) performance - in my opinion - feels like the locked in frontrunner here.

One Night in Miami…

Alternates: News of the World, The Mauritanian

They nominated the first Borat so why not the sequel which was even more outrageous and was a warm highlight of the horrible year that was 2020. The rest of the field will likely be more traditional stuff; your Mar Raineys and your One Night in Miamis. I’d be surprised if Nomadland doesn’t win this eventually.

Alternates: Minari, The Trial of the Chicago 7

Alternates: The Personal History of David Copperfield; The United States vs. Billie Holiday

“Turntables,” All In: The Fight for Democracy

“Fight for You,” Judas and the Black Messiah

“Speak Now,” One Night in Miami…

Alternates: News of the World, Greyhound

A Shaun the Sheep Movie: Farmageddon

Alternates: All In: The Fight for Democracy; Dirk Johnson is Dead

If Anything Happens I Love You

Alternates: The Snail and the Whale; Genius Loci

A Love Song for Latasha

Abortion Helpline, This is Lisa

Alternates: A Concerto Is a Conversation; The Speed Cubers

Your post is helping me a lot. Its really nice and epic. Thanks a lot for the useful info on this topic. You did it so much well. I love to see more about GB WhatsApp. Keep sharing and updating. Also share more posts with us. Thank you.