Oscar Forecast: The Power of the Dog with a Chance of CODA 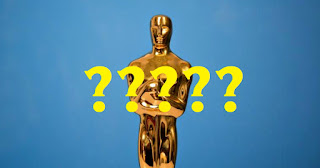 BEST PICTURE - The Power of the Dog

So it’s CODA vs The Power of the Dog. CODA has impressed with a surge of industry-backed awards like SAG ensemble and the PGA win for Best Picture. But you know what movie also won those awards and lost the Oscar for Best Picture? Little Miss Sunshine. I just can’t imagine a film with only THREE nominations winning all three. But at the same time, I don’t necessarily see The Power of the Dog running to a win either. It has the nominations on its side and has enough industry support to give it a win. But is it too weird or divisive? Normally I’d say yes, but offbeat films like Parasite and Nomadland have one recently so Power of the Dog doesn’t feel like that far of a stretch for a win. At this point I wouldn’t be particularly surprised if neither of them won and something like Belfast (the early frontrunner) ends up Spotlight-ing the hell outta of it. I’m staying with Power of the Dog because I don’t feel confident splitting up Best Pic and Best director...

DIRECTING - Jane Campion The Power of the Dog

She won the DGA and even a gaffe at the Critics Choice Awards shouldn’t derail a woman from taking home this award for an unprecedented second year in a row.

The “it’s his time” narrative is strong with this one. And he’s very good in a well-liked Best Picture nominee.

There’s apparently been a surge of support for Penelope Cruz so I guess it could happen. But just because so many of those “brutally honest Oscar ballots” claim they’re voting for Cruz doesn’t mean she’s gonna win. Chastain has won the GG, Critics Choice, and SAG and so she’s the frontrunner. But honestly? Anything can happen here.

She’s the heart and soul of Spielberg's new take of West Side Story and there’s a reason Rita Moreno won this award for the same exactly role over 60 years ago. It’s a great character and bother actresses have knocked it outta the park. The one practically guaranteed win for WSS (unfortunately).

We don’t talk about Encanto not winning Best Animated Feature.

CINEMATOGRAPHY - The Power of the Dog

A win for The Power of the Dog here would mean the first win for a woman in this category. I think the Academy knows that. And I think it deserves a win here. Though the flashier, effects driven look of Dune may likely prevail.

This movie was about costume design and it’s the most flashy and deserving nominee.

This one is driving me crazy. Sound driving movies have won steadily here recently, ie, Whiplash, Sound of Metal, Ford v Ferrari, so since I’m going with Dune for Best Sound I’m also picking it here.

No real contest when a film here is also up for Best Picture. Right Parasite?

MAKEUP AND HAIRSTYLING - The Eyes of Tammy Faye

I’d honestly be surprised if anything else won, unless Dune practically sweeps of course...

MUSIC (ORIGINAL SCORE) - The Power of the Dog, Jonny Greenwood

Another category giving me indigestion. Most pundits have Hans Zimmer taking this for Dune. He hasn’t won since 1994’s The Lion King. Which is crazy. But the academy loves awarding fresh talent here so I think Radio Head guitarist Jonny Greenwood could take it.

MUSIC (ORIGINAL SONG) - “No Time to Die” from No Time to Die; Music and Lyric by Billie Eilish and Finneas O'Connell

A fairly snoozy category this year (like almost every year as of late) I’m sure anything could happen here. A win for Encanto would mean Lin Manuel finally completes his EGOT. But it wouldn’t be for We Don’t Talk About Bruno since it wasn’t even submitted by Disney for consideration.

I’d be genuinely surprised if something else won here but something like Nightmare Alley or The Tragedy of MacBeth wouldn't be out of question.

It’s apparently the least traumatic of the animated shorts this year.

A win for The Long Goodbye would make actor Riz Ahmed an Oscar winner! Some are predicting Please Hold

The loudest movie usually wins. Unless of course there is a flashy musical…. But I still think Dune will take this.

It’s difficult for a non-best picture nominee to triumph here when it’s up against a Best Pic nominee. Which is why I’m going with Dune. The year Ex Machina surprised was a weird fluke because there were 3 Best Pics nominated that year.

If CODA wins here I think it definitely could win Best Picture. But remember, Little Miss Sunshine won for Original Screenplay and Best Supporting Actor and still lost the big prize. I think a win for The Power of the Dog or even The Lost Daughter isn’t out of question. I’m excited for this one!

Easily one of the toughest calls of the night to make. I HAVE NO FRIGGIN IDEA. Months ago I would of said Paul Thomas Anderson would win this in a walk but now I’m not so sure. The fact that he’s getting lots of flack about a particularly racist character certainly isn’t help his case. I also think a lot of Academy members don’t see this as a particularly cohesively written film. Don’t Look Up won at the Writers Guild but they’re writers and the whole Academy votes here. Which is why I’m going with early frontrunner Kenneth Branagh for Belfast because it seems like the easiest place to reward it, otherwise I have no real idea what’s gonna win.