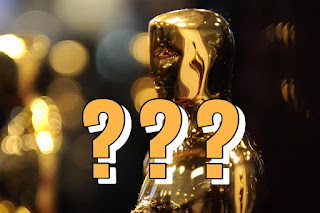 It's that time of year again. On Tuesday January 22nd the Academy of Motion Picture Arts and Sciences will announce their nominees for the 91st Annual Academy Awards. Since this is my version of football season, I sort of take this stuff seriously, so without further ado I present my 89% fearless Oscar nomination predictions. On with the show...


Best Picture
Ah the superhero movie and Oscar. Such a sordid relationship. The Dark Knight. Deadpool. Wonder Woman. I firmly believe The Dark Knight was very close. But that year only had five nominees. Finally, finally, I do think “Black Panther” will become the first superhero film nominated for Best Picture. Black Panther has all the requisite nominations. Golden Globes. SAG. "The Dark Knight" couldn't even get those nods. Of course stranger things have happened. Yet again there will be anywhere between five and ten BP nominees based on how the votes are tallied. I have a weird feeling there won’t be more than 8 nominees but who knows. The hardest part about predicting this category is figuring out the possible lone wolf – the random nominee that no one really sees coming (like last year’s “Phantom Thread”). As of this writing I also still don't really know who's likely to win BP. I'm thinking it's a race between "Roma" and "A Star is Born" but let's see what's nominated first.

Here are 10 projected nominees in likelihood of being nominated:

Best Director
Last year, BP front runner “Three Billboards Outside Ebbing, Missouri’s” director got snubbed here. There is usually one or two high profile snubs in this category every year. Sometimes the directors’ branch likes to do their own thing. Sometimes they love nominating actors-turned-directors (ie Mel Gibson, Clint Eastwood) and sometimes they don’t (ie Ben Affleck). That’s either a good thing or bad thing for Bradley Cooper (I think he’s in). It’s worth noting that since the Best Picture field expanded to 10 possible nominees only once has a director been nominated in which his film was not nominated for Best Picture: Bennett Miller for “Foxcatcher.” I’ve been hearing plenty of buzz for the Polish – and BAFTA nominated – film “Cold War.” Just saying. But I’m too much of a wimp to actually predict him.

Best Actor
I feel pretty confident in this list, though Washington is easily the most vulnerable.

Best Actress
How is Toni Collette not a front runner for “Hereditary”?? It’s because it’s such a fantastic year for women that so many great performances are going to unfortunately be left out. I still don’t quite buy Emily Blunt as much as I love her; she’s easily the most vulnerable. It could be someone like Julia Roberts or even first timer Yalitza Aparicio who owned “Roma.” I’ll go ahead and throw in Viola Davis for the underrated “Widows.” That fifth slot could go any which way.

Best Supporting Actor
In case anyone is actually curious about Black Panther’s Oscar chances this will be an interesting category to keep an eye on. If Michael B. Jordan can kick one of these five guys out, then they REALLY liked that movie. But I just don’t know how actual Academy members will receive the film. I’m ready to have my heart broken. Let us not forget it’s been exactly 10 years since “The Dark Knight” was snubbed for BP. However, this was one of two categories the film actually won. I think Sam Rockwell could sneak in, but I’m honestly not sure how well “Vice” is sitting with voters.

Best Supporting Actress
I’m really not that confident in calling Regina King since she missed out at SAG and BAFTA. And if I’m being honest I’m not all that sure why she’s such a standout in “Beale Street” to begin with. But if not her who else exactly? I guess Nicole Kidman? But “Boy Erased” seems to have been erased from voters’ minds. Margot Robbie for the hardly well-received “Mary Queen of Scots?” I’d love Emily Blunt to show up for “A Quiet Place” but two nods for her seem like a tall order for someone who has yet to even receive a nomination (though she could sneak in here and get bumped from Best Actress).

Best Adapted Screenplay
I’m really hoping for “Black Panther” to sneak in here. “Logan” proved last year that a critically acclaimed comic book film can get a writing nomination. And “Black Panther” has way more overall support than “Logan;” though, will the Academy deem “Black Panther” a great feat of writing? Having said that I think the generally snobby writers will go the indie route and nominate Debra Granik’s “Leave No Trace” instead (I mean, it does have 100% on Rotten Tomatoes and just got a ). Also, this may be Spike Lee’s few chances to actually win a competitive Oscar (he has an honorary one).

Projected nominees:
“BlacKkKlansman”
“Can You Ever Forgive Me?”
“If Beale Street Could Talk”
“Leave No Trace”
“A Star is Born”
Alternate - “First Man;” “Black Panther”

Best Original Screenplay
Another category likely to be dominated by Best Picture nominees. But there’s usually one outlier. It’s usually a quirky comedy or indie drama I’m betting on Bo Burnham’s realistic approach in “Eighth Grade” but don’t count out Paul Schrader’s work on “First Reformed.” I’d love for “A Quiet Place” - an essentially dialogue-less film - to show up here.

Best Original Score
The Academy actually released the short list of scores making this a slightly easier year to predict by narrowing the field but it’s still somewhat of a crap shoot. I’ve said it a million times and I’ll say it again: veterans and former winners generally do very well here but there’s always one or two newcomers.

Best Original Song
Another notoriously difficult category to predict. The big question remains: why the hell isn’t the song Celine Dion sings from “Deadpool 2” on the short list?? I’m also going with both songs from “Mary Poppins Returns” because I have no idea which way they’re gonna go; that leaves Dolly on the outside looking in.

Best Animated Feature Film
Last year this branch snubbed “The LEGO Batman Movie” does that mean “Spider-Man: Into the Spider-Verse” could be left out? It could happen. I also wouldn’t be shocked to see either sequel “Ralph Breaks the Internet” or “Incredibles 2” to be shockingly snubbed. But I’m gonna not bet against any of them. Those three slots take care of the populist fare, throw in “Isle of Dogs” as the quirky studio pick and that leaves one artsy foreign film.