In Her Shoes: Disney’s Live Action “Cinderella” is Elegant and Charming 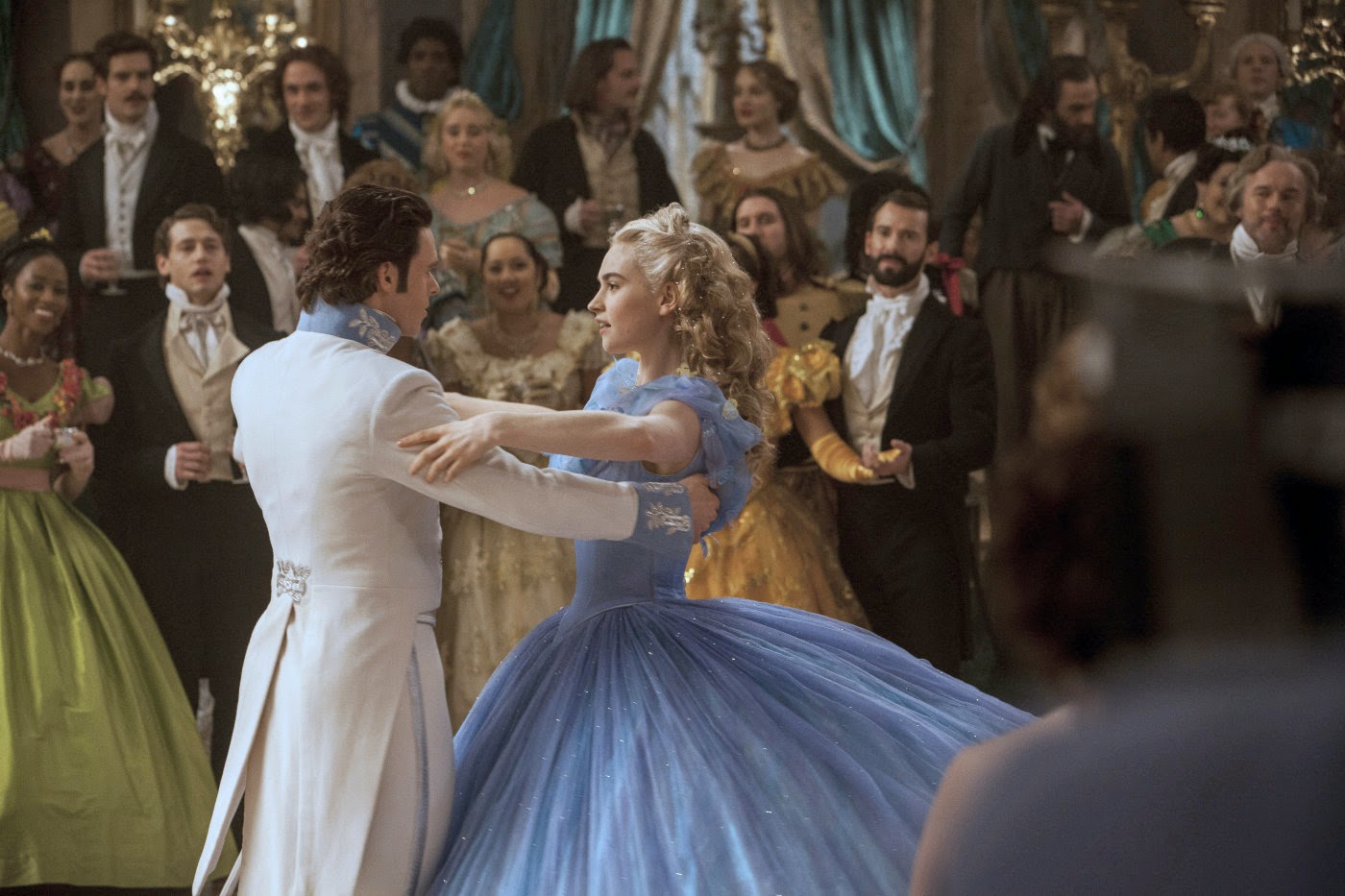 There’s not much in “Cinderella” that you haven’t really seen before and that’s probably one of the film’s strengths. Even if it loses points for originality, it just seems to do everything right. Far removed from the garish visuals and questionable plot elements of other live action Disney properties like “Maleficent” and “Alice in Wonderland,” this new cinematic “Cinderella” doesn’t alter much from it’s animated classic counterpart. After all, it’s a classic story, so why mess with it? If anything, it improves upon the Disney classic by fleshing out the characters and story a little more. And finally the relationship between Cinderella and the prince doesn’t quite feel as “oh I just met you and now I wanna marry you” creepy.

Our live action Cinderella is played by Lily James and she’s perfectly fine in the role if not particularly outstanding. The real selling point, in terms of casting, is obviously double Oscar-winner Cate Blanchett as the evil stepmother Lady Tremaine. She’s perfectly cast and surprisingly restrained in the role, no performance here is as over-the-top as the lavish costumes. There’s not much that can be said about the film’s plot because it’s possibly the most well-known Disney story of all time. Cinderella is practically forced to be a servant in her own home by her mean stepmother and ugly stepsisters. However, since Cinderella is so kind her fairy godmother shows up and gives her a beautiful gown to wear to the ball where she meets the prince, and there’s a pumpkin carriage and glass slippers etc. However, here Cinderella actually meets Prince Kit (Game of Thrones’ Richard Madden) before the ball where he’s quickly smitten. The two share more screen time then I’d ever imagine and so for the first time you actually feel like these two characters might actually be meant for each other.

Director Kenneth Branagh, who is no stranger to staging period pieces and costume dramas, actually works wonders with the material. The scenery and costumes are top notch as are the well-integrated visual effects (mostly the CGI animals). And the transformation scene is pretty magical in fact. The script was written by Chris Weitz who, with Branagh's assured direction, ground the entire story in a magical reality. Sure Cinderella seemingly has conversations with computer animated mice, but it somehow actually works on screen. He also gives Prince Kit more time for the audience to get to know him. After all, the story of Cinderella doesn’t quite work in a post-feminism world but somehow it all works as best it can. I wouldn’t call the movie a woman’s empowerment film by any means but when Cinderella does finally confront her stepmother you can’t help but think “You go girl!”

Does this new Cinderella need to exist? Not really. Especially since we got the fun and cheeky musical “Into the Woods” just months ago. With the current state of live action Disney films becoming popular it was destined and since it does exist I’m at least glad to know that it’s as good as it could have been, if not exactly the belle of the ball.  GRADE: B+
Posted by Chris at 11:14 PM

his article is very helpful at all thanks