The Princess and the Frog: “Muppets Most Wanted” is a Fun Heart-Felt Zany Romp 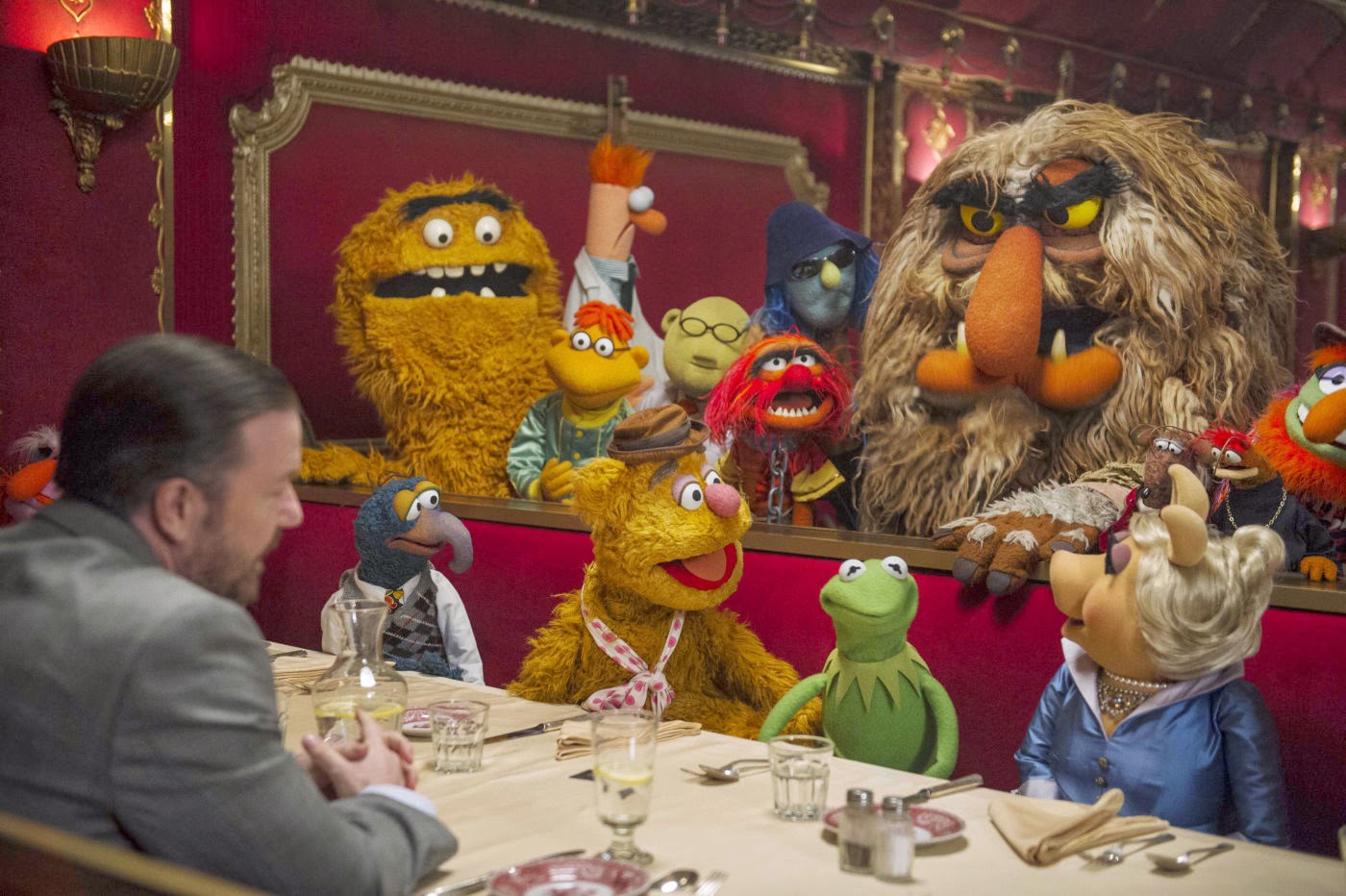 I can’t believe it’s been three whole years since the last Muppet outing relaunched the long running series in theaters. “The Muppets” was a fun, charming, and clever way to reintroduce the Muppet game back into the pop culture world. Heck, it even won an Academy Award (Though we remember there wasn’t much competition, literally).  Now the Muppets are back again and I want to say that this new big screen adventure, in a way, is more true to the spirit of the old Muppet movies that we all grew up with as kids. It’s zany, it’s weird, it’s full of celebrity cameos. The 2011 felt like a tribute to the original “Muppet Show” but this one feels like  a true Muppet film. It’s plot is lightweight  - this is minor Muppet – but it still retains everything people love about this lovable characters.

While “The Muppets” was a ultra-meta, post-modern take on the Muppets, this new film is more of a straightforward Muppet tale. It’s in many ways like “The Great Muppet Caper” in that it takes place abroad and involves a criminal mastermind that looks exactly like Kermit the Frog. His only distinguishing feature? A black mole on his face (and villainous Russian accent of course). The film literally takes place exactly where the last film ended and right away Kermit, Miss Piggy, and the gang are figuring out what the plot of their next film should be. They meet up with Dominic Badguy (Ricky Gervais) who signs on as their manager and suggests taking The Muppet Show on tour in Europe. There he plans to work with Constantine (who has replaced Kermit comically unbeknownst to anyone else) to rob museums that are adjacent to the theaters that the Muppets are performing in. Meanwhile Kermit is sent to a prison in Siberia that’s run by Tiny Fey who sports a comedic Russian accent and Ty Burrell is an Interpol agent who teams up with Sam the Eagle to track down Constantine.

The film again features many fun songs composed by Bret McKenzie and while they’re all very good, the staging of them leave a little to be desired. Even if the film itself has good production value, I can’t imagine this movie really being a theatrical release if this was ten years ago. Maybe it just needed some more dogs and bears and chickens and things? The film is filled to brim with celebrity cameos. Of course everyone’s definition of celebrity will be different.  Besides the obvious requirement of cameos and songs, this film truly captures the feel and tone of all the classic Muppet films. Of course many of the original Muppet performers are absent, (though some like Dave Goelz are still around) so a few of the voices sound a tad off (don’t get me started on Janice) but otherwise there’s really not much for a Muppet fan to complain about. Not much has really changed for these guys, for instance, Miss Piggy is still constantly trying to get Kermit to marry her even though they got married in “Muppets Take Manhattan.”

Director James Bobin and co-screenwriter Nicholas Stoller, who helped steer the last movie, have proven themselves to be just the right men for this job. They have done a pretty great job in successfully relaunching this long running series. The film begins to get bogged down in plot elements in the third act but the jokes are right on target and very, very funny. The most hilarious being a line of dialogue made at Danny Trejo's expense.  Even if “Muppets Most Wanted” is more of a lightweight romp, it’s still a great Muppet movie. It’s not as good as the best ones and not worse than the bad ones. I can’t wait for the next one. I’d love to see them take on a classic literary adaptation again. “Animal Farm” perhaps?  GRADE: B+
Posted by Chris at 10:28 PM