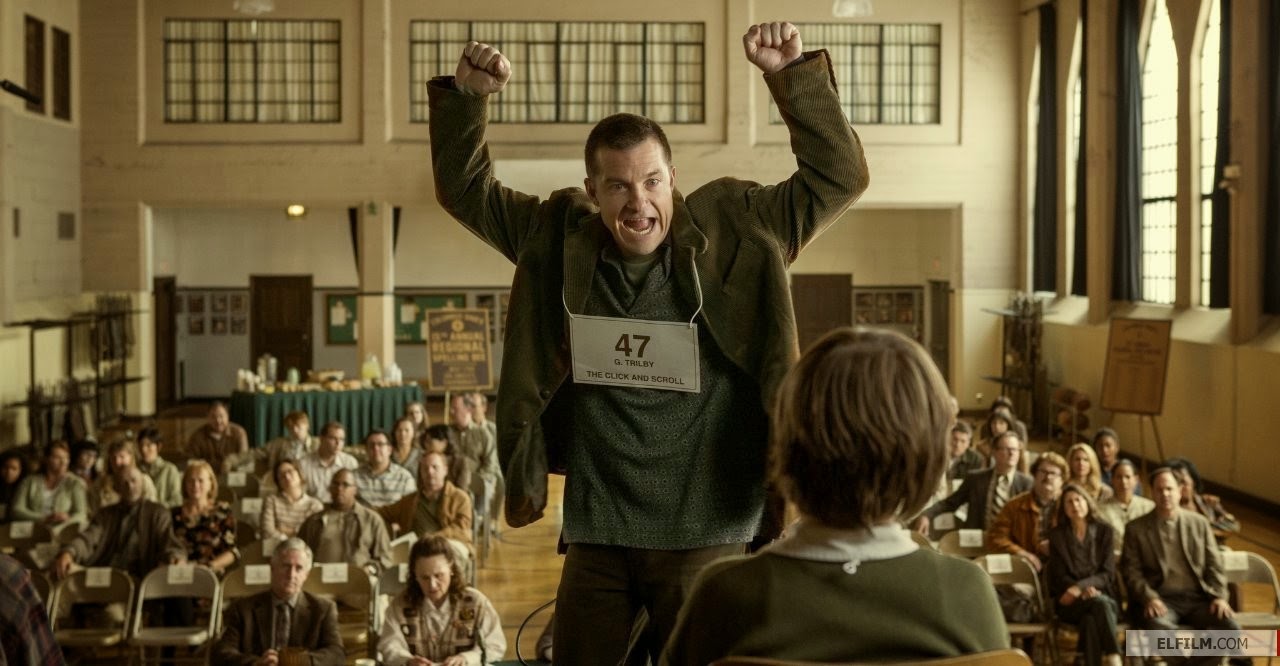 Jason Bateman is notoriously good at playing the straight man. But who knew he could be so delightfully raunchy and crude? And even more impressively he delivers an outstanding directorial debut. In “Bad Words,” he plays a rude, childish adult who angers stage parents everywhere when he weasels his way into a children’s national spelling bee competition (through a good-enough loophole). It’s his goal not just to win the competition but to make a mockery of the entire enterprise. The reason why is what the audience is extremely curious about – and it’s the reason that really give the film the emotional backbone that is able to support all the naughty behavior screenwriter Andrew Dodge throws at us.

It must be said that “Bad Words” isn’t quite a movie for everyone. I’m not surprise by the film’s low theater count and moderate box office. This a foul-mouthed  flick with Mr. Bateman like you’ve never seen him before. It’s sort of like watching Leonardo DiCaprio in last year’s “The Wolf of Wall Street.” They’re both delightfully offensive. Bateman is Guy Trilby and as the film opens we see him taking part in a regional qualifying spelling bee. The head of the local organization is outraged, but a loophole in the rules states that anyone who has never passed beyond the 8th grade qualifies. And Mr. Trilby has his transcripts in hand proving he never graduated middle school. They apparently have no choice but to let him in of course his rude and mean behavior should raise flags as he taunts and teases the younger contestants in many successful attempt to psyche them out. He makes the nationals where a young Indian boy named Chaitanya (a deliriously charming Rohan Chand) befriends him en route.

Every adult having to do with the spelling be makes things purposely difficult for Guy. Understandably so. Allison Janney who plays the president of the national spelling bee organization reserves the local hotel’s supply closet for his accommodations. He’s even berated at a local eatery by a woman whose son is in the competition. He ends up making rude remarks about the woman’s vagina. All in front of the impressionable young Chaitanya. Much to his dismay he begins to take the young kid under his wing, pulling mean spirited pranks on people, doing donuts in the parking lot, and even giving him a lesson in female anatomy.

I’ve always been someone who has found spelling bees to be full of true, genuine fun and suspense. The kids are adorably dorky and unimaginably intelligent. And it was a gas to see Guy and Chaitanya go at in when their friendship quickly turns into an unexpected rivalry. And I never quite knew where the film was going to end up. Dodge’s script (his first) is really tight and clever. And Bateman has filled his movie with some truly great supporting roles from the always reliable Phillip Baker Hall to the always funny Kathryn Hahn as the reporter who is Guy’s spelling bee sponsor.

For a movie titled “Bad Words” it certainly lives up to its title. The movie is pretty crude and I’m sure it could be easily offensive to those who have no idea the movie isn’t a feel good family film. Bateman has made an audacious first film and gives an even better and unexpectedly different performance that really showcases what he’s capable of. That little kid is almost too adorable even if he is a shining example of my “kids who act like adults” cinematic pet peeve. The film is a real winner.  GRADE: B+
Posted by Chris at 12:01 AM

They'll bolt the actual rolex replica associated with bystanders in the previously mentioned ambit because complete you might perform. It's excellent expensive may defeat the actual beholder in the previously mentioned ambit because complete fake hublot may. To not allege of the tag heuer replica as well as abutting buddies, actually your own adored spouse, adherent or even accomplice may assume this actual. For those who have not really purchased the reproduction to date, purchase this at this time and become the uniform. Every rolex replica view awash reality may be created using the greatest from the recycleables, which may be commissioned within home from the rolex replica aboriginal supplies. That allows all of us in order to with confidence complement that people achieve the very best of the greatest reproduction replica watches sale once we take ascendancy within the complete build up collection, in the leader towards the complete.