Moral Combat: The Purge Series Takes a New Form in “The Purge: Anarchy” 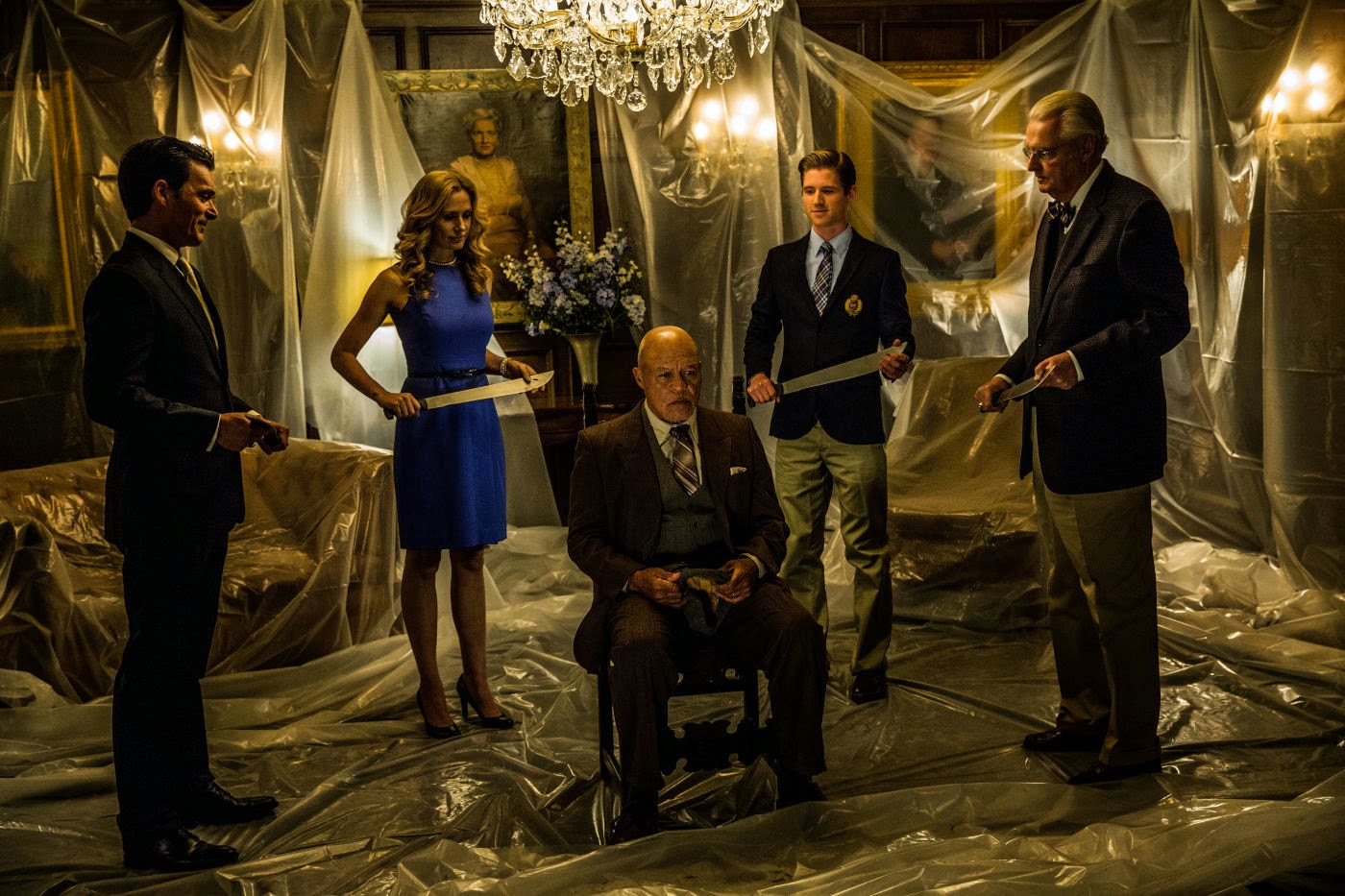 Geez, funeral parlors must make a killing the week after the annual Purge, huh? One of many questions raised by the fascinating if flawed premise of the successful film series “The Purge.” It’s only been a year since the first film intrigued but seemingly disappointed moviegoers last summer. I found the idea of a future society in which all crime is legal for one night a year such a fascinating premise. Though the home invasion plot of the first entry felt like a waste to some, though I found it creepily enjoyable.  Not since “Saw” has a horror movie premise been so ripe for a successful franchise. The idea that we could get a different movie revolving around this one night of horror and mayhem is simply too irresistible to ignore and the filmmakers this time have opted to branch out and show us life during the Purge while stuck out on the streets. It could have been “The Purge 2 the Streets.”

It was rather difficult to get a firm grasp of the plot of “The Purge: Anarchy” from its trailer. Those a few things were pointedly obvious: this was not going to focus on a family, the home invasion element was gone, and the film seemed to be more action-thriller oriented than straight-up horror. I was weary. “The Purge: Anarchy” is a successful sequel for one main reason. It doesn’t just recycle the same story from the first film. If the first movie was “Alien,” with its haunted house vibe, “Anarchy” is “Aliens,” the action version complete with a tough 80s action hero.

Frank Grillo, known simply as Sergeant, is a man with a plan. We see him suiting up leading up to the commencement of the annual Purge. He’s got his bulletproof vest on and a nice array of automatic assault weapons.  We see a photo of him and a young boy. The young boy is nowhere to be found. You can see where this is going. We’re introduced to several other random characters including a working class waitress named Eva (Carmen Ejogo) and her daughter Cali (Zoe Soul), and Shane (Zach Gilford) and Liz (Kiele Sanchez), a bickering young couple who seem to be on the brink of a bad breakup. These four people aren’t exactly the purging type and are ready to take shelter from the violence of the evening. However a bunch of guys in SWAT-like uniforms break into Eva’s apartment complex to take her and her daughter somewhere in a large tractor trailer truck. And some goons in scary masks disable Liz and Shane’s car so that they break down in the middle of the city right as the Purge begins. Fate with somehow bring all of these people together to survive the night.

I adore the Purge series. It’s such a fascinating premise that completely reflects the times in which the films exist. All good horror films are a reflection of their times. Writer-director James DeMonaco, who also made the first film returns and gives his film a very different style and direction. Most people who complained about the first film felt the good premise was wasted. By only seeing the Purge through the eyes of a rich, privileged family as their home is invaded by masked strangers, some thought it was a missed opportunity to do something truly original. Here he ups the ante in sheer action and suspense. The film misses that claustrophobic feel of having the first film take place all in one location, and there isn't one obvious villain, so this sequel is much more broad and open, but it’s still a pretty solid thriller. There is more action this time around and I think the main characters are much more relatable and likeable. You get to see so much more of what goes on during the Purge (like rich people paying big bucks to kill poor people in the safety of their own home or crazies with rifles on rooftops) and you get thrown right into the middle of it. It's hectic and chaotic. The actors are pretty great, including Grillo who does make a great rugged action hero.

“The Purge: Anarchy” is probably the film that most people wanted in the first movie. While the film is way more of an action-thriller than a straight up horror piece (the slasher elements are sorely missed), there are still some pretty horrific things going on here.  The film does have a rather heavy-handed moral center -“the Purge is bad!” – as it’s pretty obvious that this alternate society is pretty messed up, but that’s what makes the whole thing so fascinating. An entire movie, whether it be done as a faux documentary, that shows how the Purge was conceived and instilled by the “New Founding Fathers” would certainly be captivating. This is a film series I’ll be looking forward to for years to come, and this one certainly earns its subtitle.  GRADE: B

Trailer for The Purge: Anarchy on TrailerAddict.
Posted by Chris at 2:57 PM