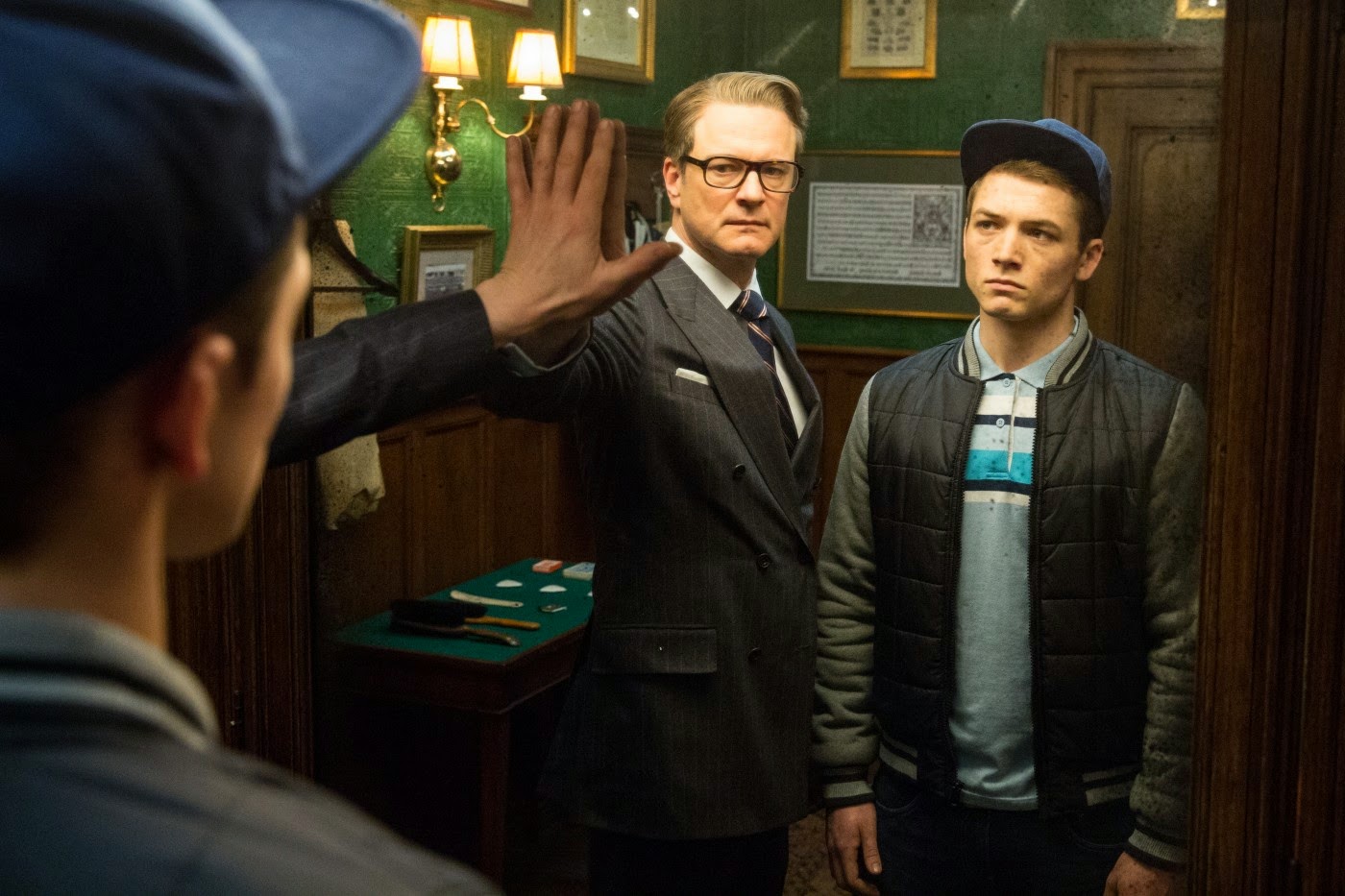 For anyone who dreaming of a cross between “Kick-Ass” and James Bond get their wish come true with “Kingsman: The Secret Service.” It’s also a little “Kill Bill” and a little “Wanted.” In other words, it’s not the most original film to come along by any means but what it lacks in originality it makes up for in sheer and utter fun and ultra-violence.

“Kingsman: The Secret Service” is based on the graphic novel of the same name and if the delightfully irreverent and violent film reminds you a bit of Wanted and Kick-Ass you wouldn’t be crazy: it’s from Mark Millar the same guy who wrote “Kick-Ass” (the film adaptation took me a while to actually enjoy). In this story he gives us an evil lisping villain played by Samuel L Jackson with plans for world domination. Meanwhile, a British spy organization is recruiting for a new member after one its agents is killed during a recent mission. Colin Firth is the man in the bulletproof suit and high-tech thick-rimmed glasses on the lookout for a new spy to fill the ranks. One of those recruits is the son of a former member Eggsy (played by relative newcomer Taron Egerton). Eggsy and his fellow teenage recruits are put in terrifying situation after another in order to weed out those who aren’t meant to be a secret agent. Things like being forced to almost drown or being thrown out of airplanes without a parachute. And how about raising a dog from a puppy and being forced to shoot it?

Director Matthew Vaughn (who also co-wrote the script and the graphic novel) just so happened to cut his teeth on similar material having directed Kick-Ass as well. He gives us all the trademark scenes of fast moving “cool” action and fighting and it is rather exhilarating. He manages to take moments and scenes we’ve seen countless times and make them feel fresh and original. Oh, and it’s also utterly ridiculously as you quickly realize this material is beyond taking seriously. The terrific James Bond tone that is also achieved also works wonders. The James Bond series has never been known for its overt violence so to see so many decapitations and other limbs being chopped off is rather effective. He’s also helped create such a memorable henchman villain known as Gazelle who, while legless is certainly the most deadly and crazy villains I’ve seen in some time.

The real standout here is Egerton in a role that is sure to bring the talent young man instantaneous fame. He works really well with Colin Firth who seems to be having a blast in the role as is Michael Caine and Mark Strong as fellow Kingsman agents. There is a delightful old school feel to the film, perhaps it’s the sheik look of the suits, and the over-the-top villainy, but there’s a certain suave and cool quality that the film possesses which just makes it so damned fun from beginning to end.  GRADE: B+

Trailer for Kingsman: The Secret Service on TrailerAddict.
Posted by Chris at 8:25 PM

So much fun and so worth seeing. It’s James Bond meets, Kill Bill, meets Lock-Stock and Two Smoking Barrels… if you liked anything about the aforementioned three, you’re gonna love this!