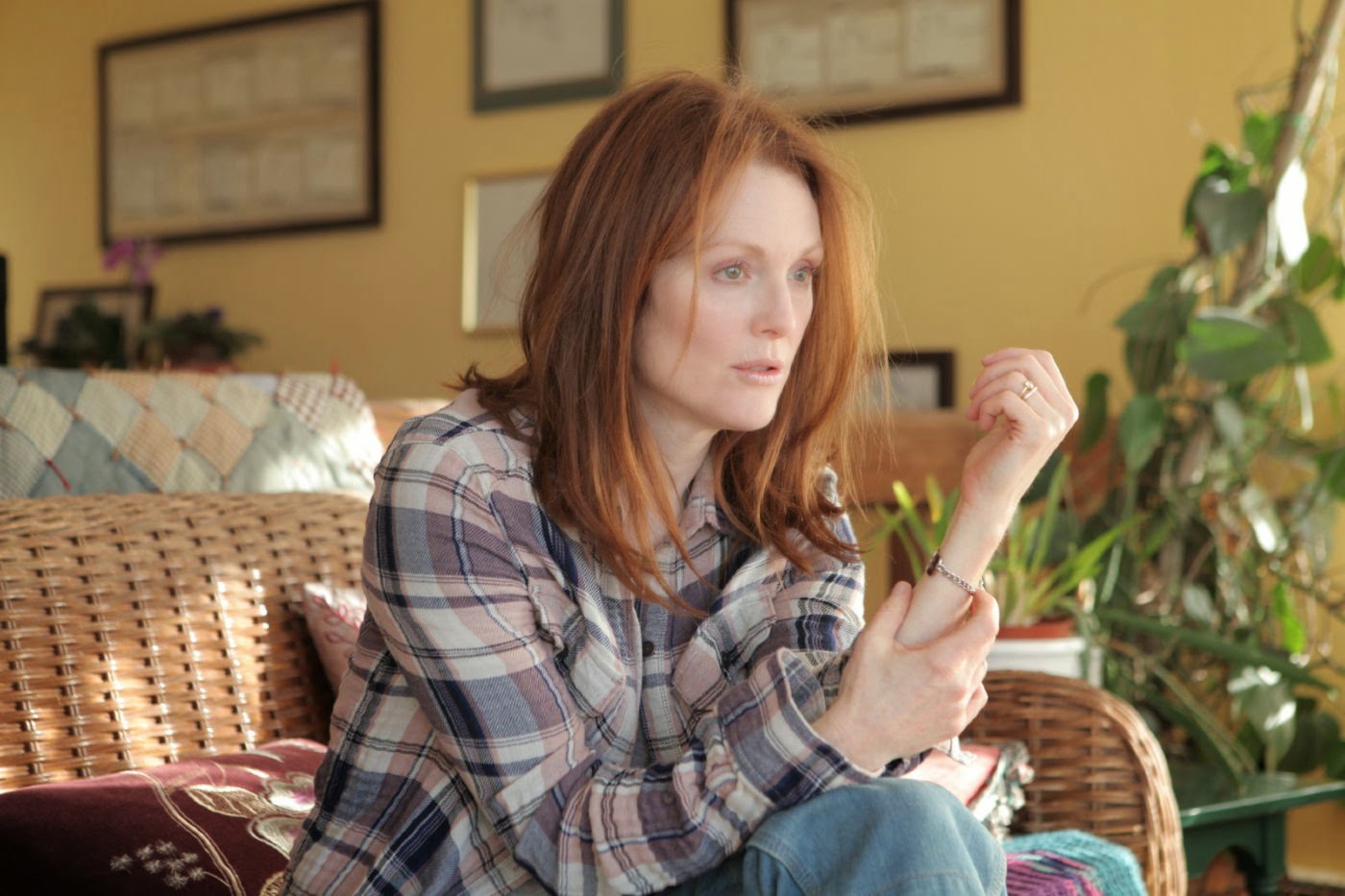 You pretty much know what you’re getting into when you see “Still Alice.” It’s about a a middle aged woman who is diagnosed with early onset Alzheimer’s disease. It’s as painful to watch as you’d think it would be. And yet it manages to be something more than just a standard disease-of-the-week melodrama. It’s rooted in interesting characters. Alice isn’t just anyone. She’s a highly intelligent woman who is a college professor. Does that make her descent into a debilitating disease more traumatic? Maybe a little but it’s a brilliant way to show the horrors of a disease that exists that unfortunately doesn’t have a cure. It’s also a terrific showcase for brilliant actress Julianne Moore who is finally eyeing her first Academy Award.

As a vessel for a potential Oscar winning performance, “Still Alice” is definitely above average. There’s nothing particularly groundbreaking about it. This isn’t “The Diving Bell & the Butterfly.” It’s not even “Terms of Endearment.” It is, however, a showcase for Moore who completely masters the screen and makes it look effortless in the process. Directors Richard Glatzer and Wash Westmoreland have made an honest and sincere film without ever making it feel manipulative. They have also gathered a pretty impressive cast. Kristen Stewart actually gives one of her best performances as Moore’s youngest daughter. She’s out in California trying to become an actress (not much of a stretch I admit, but she’s pretty excellent anyways). Meanwhile, her supportive husband is played by Alec Baldwin and her other kids are played by Kate Bosworth and Weeds’ Hunter Parrish.

This is the story of one of those wealthier families who have to deal with a traumatic situation. Sometimes it almost reminded me of a Woody Allen film. They’re an upper-class family but still relatable in that they seem like normal enough people. When Alice gets her diagnosis she’s stunned as is her family who are shocked to think Alice, who has only just turned 50, could be suffering from such a disease. But the real clinker is the fact that her disease is actually genetic and has learned she could pass it on to her children. It’s a heart wrenching situation that’s hard to witness but I couldn’t take my eyes off of it.

Moore really owns the film. She begins as simply forgetting everyday things and memories but as her disease progresses you realize just how much of her memory is being ripped from her. To see this woman go from making words like “hadj” in Words with Friends to barely being able to spell “tone” is simply devastating.  Her descent is one of the toughest things to watch but Moore really sells it. Alice is a fascinating character and Moore is transfixing in the role.

“Still Alice” works as a terrific vehicle for Moore to finally get the Oscar she’s been so overdue to receive. Sure it may not be for Boogie Nights or even The Kids Are All Right but she could do a lot worse (at least it’s not a Holocaust drama). She even gets extra points for not having to portray a real life person; she creates a memorable character in an emotionally stirring film that is hard to forget.  GRADE: A-

Trailer for Still Alice on TrailerAddict.
Posted by Chris at 4:47 PM