How to Survive a Slasher Film 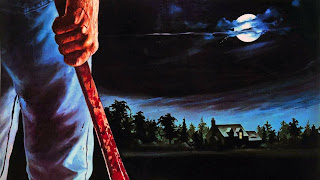 Back in 1996 the horror hit Scream set precedence for what it takes to survive a horror film. You remember it – things like not having sex, not doing drugs, or not asking “Who’s there?” But times they are changing. Some modern slashers don’t care if you’re the horny frat guy or the virginal heroine. Just following the rules don’t necessarily apply. Sometimes you need actual things to survive the typical slasher movie situation. Not everyone is going to have access to the huge fire axe from off the wall but here are some things that would be necessary when trying to outwit and survive while being stalked by a masked maniac. The fine folks over at Man Crates (a site where you can buy and gift goodie-filled crates that have to be opened with a crowbar) asked me what I'd want if I were to survive a horror film. Here's what I would want in my crate if I was in a slasher movie situation:

A Working Smartphone. The main reason why slasher movies hardly work in this day and age is mostly because of better technology. How could any killer get to his or her victim if they’re just a phone call away from calling the cops? Of course since most slasher movies take place in remote locations it would be terrible to be stuck in a dead zone. Though, most cell phones will still send a 911 call when they’re in a location with poor cell service. And besides sometimes you’d be surprised where you might find free Wi-Fi… And for crying out loud take a portable battery charger!

Bunch o’ Booby Traps. If there’s anything late horror master Wes Craven taught us, is that some well-placed “improvised anti-personnel devices” could give the biggest maniacs a trip up. I’m talking about miscellaneous things like ropes, wire, and various sharp objects. An actual guide on how to set up the traps would helpful, though if you have a working cellphone (see above) then you’ve got it covered.

Energy Bars & Water. You need to eat and hydrate. How else will you have enough energy to run at top speed while the killer walks at a leisurely pace and yet still stays about 20 feet behind you? Since most killers seem to be active during nocturnal hours it’s best to caffeinate as well. Eat and caffeinate. You can do both, I hear caffeinated peanut butter is a thing now.

A Flamethrower. Sometimes you just need a badass weapon to get the job done. Of course this won’t work on dream demons, ghosts, or most other supernatural creatures, but we’re talking about masked maniacs of the human variety. Sometimes you just need to light them up. Knives and machetes require you to be close to the killer and bullets fired from a gun rarely work. Just ask Dr. Loomis (“I shot him six times!”)

What would you want to survive till the end credits of a slasher film?
Posted by Chris at 4:49 PM