Jennifer’s Body: “mother!” is One of the Weirdest Movies Ever; I Can’t Stop Thinking About It 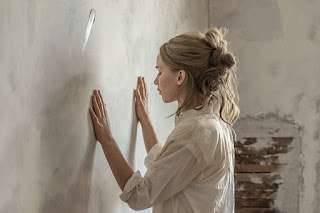 “Mother!” is that crazy movie that your artsy film professor loves, made you watch in class, and no one gets. Think Jean-Luc Godard’s “Weekend” or Peter Greenaway’s “The Cook, the Thief, His Wife, and Her Lover.” Except it stars people you've heard of. If you haven’t even heard of these movies, it’s probably best that you skip “mother!” I’m sure most people are expecting to see a creepy home invasion thriller starring their favorite movie star it-girl Jennifer Lawrence. Wait, are audiences are turned off by the fact that there’s little exposition and weird stuff happens (like beating organs appearing when Lawrence touches the walls of her house)? If you haven’t walked out by this point you must be game for one of the strangest and far-out studio films I’ve ever witnessed in a multiplex. “mother!” will frustrate your mind, mess with your mind, confuse it and then challenge it. It’s a film that will hardly make a lick of sense as you’re watching it but just might come together if you discuss what the hell you just saw with those around you. And the internet, thank God for the internet.


Literally “mother!” is about a couple played by Jennifer Lawrence and Javier Bardem who live in an isolated farm house. Jennifer is fixing up the place and Javier is a poet with a severe case of writer’s block. Their idyllic life is complicated by the appearance of a strange man (Ed Harris). Javier wants to be hospitable and Jennifer begrudgingly obliges. But then the man’s weird wife (Michele Pfeiffer) shows up and causes more chaos. At this point audience members should be screaming at the screen for Jennifer to kick these annoying house guests/strangers out of their freaking house. But can anything that is happening in this movie really be taken literally? Soon something tragic happens and Jennifer is STILL just trying to be accommodating. But everyone around her, including the eventual mob of people who show up at one point are just plain rude and refuse to listen to her.


And then Jennifer becomes a mother, literally. Like overnight. How can you NOT real this as an allegory, fable, metaphor for fill-in-the-blank.  (Like I would spoil it for you). Even if you “get” what’s going on, and most people, myself included, don’t really right away, many have labeled the film pretentious rubbish. That’s a fair criticism. However, this is the type of movie that makes zero sense while watching it but makes me want to learn as much about it afterwards. Think “Under the Skin” with Scarlett Johansson. Or “Enemy” with Jake Gyllenhaal. Those are fun movies to discuss and analyze, but aren’t exactly the most fun to actually watch. Nothing in these films are supposed to be taken literally but in that way a majority of this nonsense actually makes plenty of sense. If you’re willing to put forth the effort. I'll help: environment and religion.


This all comes from the twisted mind of Darren Aronofsky of course. Who traumatized art house audiences with his big breakthrough “Requiem for a Dream.” He’s sort of a shock artist. He knows that. He wants to get under your skin and show you something you probably haven’t seen before. He’s an assured director and makes very specific choices. The cinematography in “mother!” might even annoy you. So many tight shots. Jennifer Lawrence going up the stairs, coming down the stairs. Claustrophobia. There’s also no music score. The sound is the score. The film is a triumph of production design. The third act is an orgy of visuals and captivating choreography. It’s fascinating filmmaking, even if it seems to make no sense. But every decision is purposeful.


Do I recommend you see “mother!”? I found it captivating and frustrating. Your mileage may vary. There are some shocking images in here that most viewers aren’t used to seeing. Some will find it appalling. Some will find it disgusting. Some will just complain that it’s boring and makes no sense. I was never bored. But I was always confused. Maybe there’s one too many metaphors in there sure. I’m surprised mainstream audiences haven’t stormed the projection booth with pitchforks and tiki torches. But I have a question. Without giving too much away, if religion is still so darned popular today how come more people aren’t praising “mother!” as the second coming of Christ? You’ll know why if you take a chance.  GRADE: B+