All You Need is Kill: Politics Aside, “American Sniper” is a Disturbing and Visceral War Film 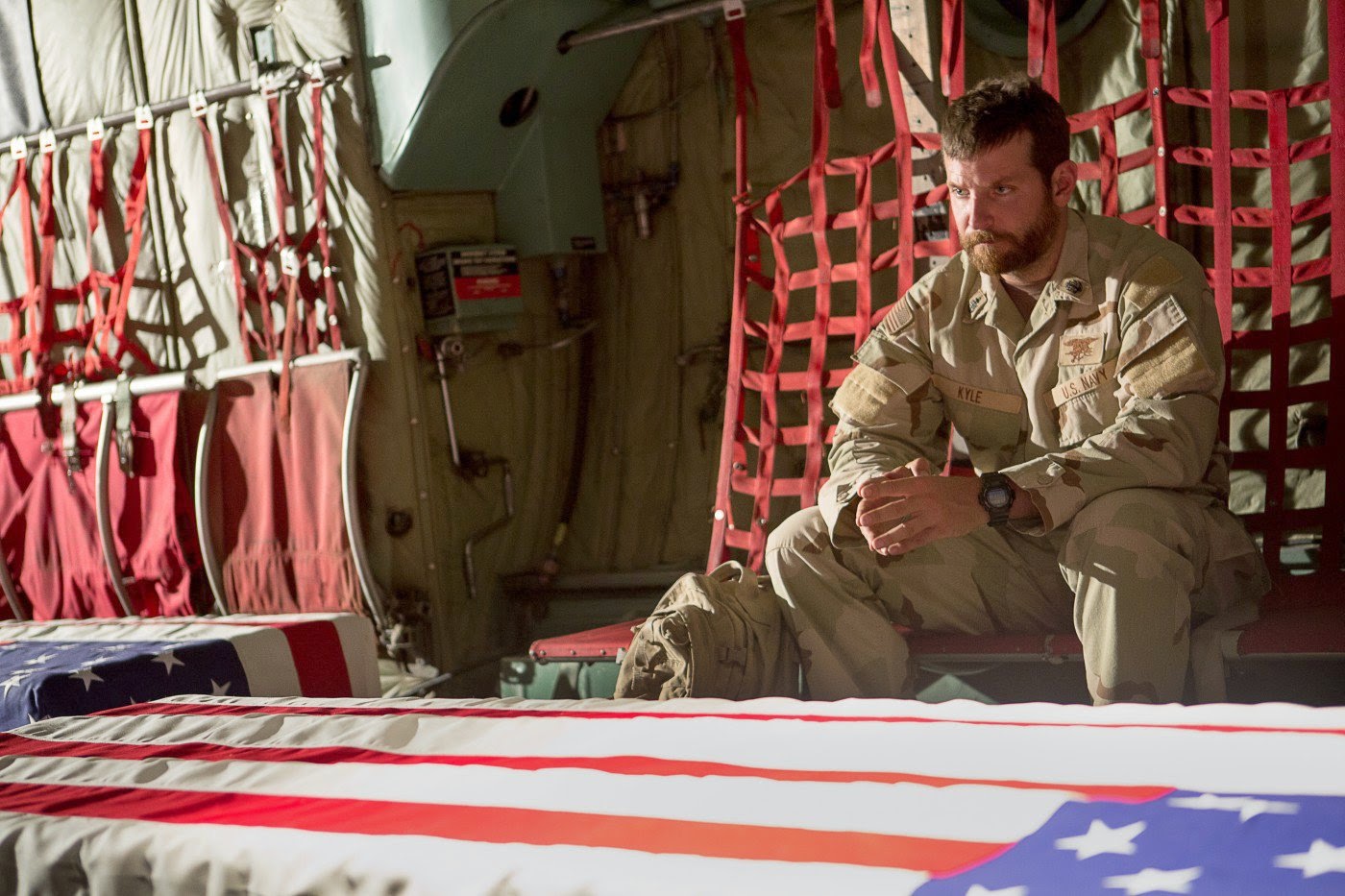 No one will or should ever question whether Chris Kyle is a brave man. It takes a bold person to sign up for the military and to actually go into combat. Some will argue whether certain soldiers are truly “heroes” or whether they’re just a small part of a larger body of people sent to do a job by those in charge with questionable motivations. Having said that, “American Sniper” is a film that has courted debate recently in how the controversial war and its real-life protagonist are portrayed. It’s important to note that the film isn’t a documentary, nor does it pretend to be, therefore there are always going to be Hollywood embellishments (It’s also worth noting this is the only film financed and released by a major film studio nominated for Best Picture this year). Kyle, a Navy SEAL, (portrayed here by an amazing Bradley Cooper) served four tours of duty in Iraq and has 160 confirmed sniper kills according to military record. He’s considered the deadliest sniper in US military history; whether that title is actually something to be proud off is something I personally have issues with though there’s no doubt in anyone’s mind that the man is certainly courageous.

“American Sniper,” politics aside, is actually a very good film. Its scenes of combat are equally terrifying and exhilarating. It must be said that you’d never really know Clint Eastwood directed this film as it’s unlike anything he’s given us before (though it’s the same cinematographer he’s used since 2002’s Blood Work). The editing is intense and scenes are rather riveting if overly disturbing (the intense music is also perfectly paired with the onscreen action). We’re given point of view shots as Kyle (Bradley Cooper) focuses on a target, some of which are people he actually doesn’t want to have to kill such as an Iraqi woman giving a young boy an explosive device. Moments leading up to whether he pulls the trigger or not are completely nail-biting. Eventually Kyle seems to have met his match in a rival Iraqi sniper known as Mustafa (Sammy Sheik).

Whatever political beliefs you bring to the table is what you’re going to get out of the film. As someone who doesn’t quite get the “pro-America” mentality (yes America is great and I love the freedoms of living here, however I don’t believe we’re necessarily “superior” to every other country on the planet) it was sort of hard to connect with Cooper’s character. The film feels like it’s pro-war and pro-military, (though it’s at least ten times more realistic anything Michael Bay has given us) which doesn’t automatically make it horrible, though other war films tend to lighten up on the pro-America agenda and show more from the other side. Even so, Kyle’s arch is rather fascinating to watch. Even if you’ve read passages of his book where he allegedly declares that he loved to kill, you don’t necessarily take that away from the film. With every pull of the trigger it’s like a little part of Kyle is dying on the inside. He’s a changed man when he returns home to his wife (Sienna Miller) and kids, but not necessarily for the better. He’s psychologically damaged.  You see the toll the war is taking on him. You get the sense that even if he’s a “hero” for killing so many of the “enemy” that he’s really destroying a part of himself in the process. Unfortunately in Jason Hall’s script it doesn’t quite go far enough, so in the end, I wasn’t quite as moved as I could have been.

I’m willing to forgive some of the film’s more conservative elements in favor of some of its extremely well-staged and realistic combat sequences. They’re not necessarily fun to watch but I feel like it does a rather good job depicting the disturbing, scary, and distressing aspects of combat during the Iraq war. Yes movies like “The Hurt Locker” are technically better but Eastwood hasn’t made a film this taut and just generally well-made in years.  I actually don’t find the film to be as extremely right wing and glorying patriotism as many have claimed but despite whatever side of the political line you fall on the film is well-crafted, acted, and extremely intense.  GRADE: B

Feature Trailer for American Sniper on TrailerAddict.
Posted by Chris at 10:07 PM