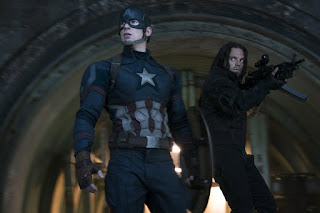 “Captain America: The Winter Soldier,” “Iron Man 1 & 3,” and “Guardians of the Galaxy” are pretty much the epitome of the always nerdy sounding Marvel Cinematic Universe. Some would say “The Avengers” is one of the best and while it’s completely serviceable, “Captain America: Civil War” feels like the definitive Avengers adventure. It’s been a long road getting here (“Civil War” is the thirteenth) but it was certainly worth the climb. “Civil War” is a Captain America film that finds several members of the Avengers split into two separate political factions. When the Avengers become government sanctioned it sends a rift between Chris Evans’ Steve Rogers and Robert Downey Jr’s Iron Man. For a comic book film with lots of characters, many of them introduced here for the first time, the film handles everything rather nicely and “Civil War” finds a nice pacing as it rages on for nearly two and a half hours of nerdy superhero fun.

If I’m being completely honest I think I prefer “The Winter Soldier” by a slight hair because its plot was so surprising since it essentially ended up being a superbly-crafted comic book conspiracy actioner that was heavily influenced by 1970s political thrillers. “Civil War” while it maintains much of the same entertainment value as “The Winter Soldier” doesn’t quite have as strong a personality or identity. It feels more like another “Avengers” film which isn’t necessarily a bad thing. The film’s main villain takes the form of Daniel Brühl’s Helmut Zemo, who’s just a regular guy who seeks vengeance. Turns out he’s somewhat of an avenger himself: he’s hell-bent on destroying the Avengers for killing his family during the events of “Avengers: Age of Ultron.” Also, William Hurt is the Secretary of State who introduces the Sokovia Accords a bill that would make the Avengers accountable and owned by the government. Captain America is severely against it but Iron Man agrees with it and insists they must all be held accountable. Cue the fighting.

Obviously, there’s a lot more going on here than just superheroes fighting each other. The film obviously has a lot to say about vigilantism and politics. It helps that the film has wondrously staged action sequences. Anthony and Joe Russo, who return from helming The Winter Soldier, really know what they’re doing here and provide plenty of spectacle. Sure, see the film for its glorious action set-pieces but stay for the great new character introductions. Chadwick Boseman plays T’Challa a prince from Wakanda who shows up as the Black Panther as he’s also out for revenge. Even the web-head Spider-Man is finally introduced into the Marvel Cinematic Universe as recruited by Tony Stark. Played here by The Impossible’s Tom Holland, the film takes the character back to his high school days and, and he does a great job of playing that smart-alecky teen who’s got something to say about everything. There are plenty of other familiar faces including Paul Bettany and Elizabeth Olsen who get much more character development than in their last outing. And Cap’s friend-turned-mind-controlled-enemy Bucky Barnes (Sebastian Stan) returns to remind us that he’s becoming one of this saga’s most interesting characters. Something here that really got to me was the division between Rogers and Natasha Romanoff (Scarlett Johansson) since they played off each other so well in “The Winter Soldier.”

Anyone who found the “Avengers” films a bit bloated might find “Civil War” to be similar in that regard but it felt much more grounded in reality, fun, and significant than many of the films that came before it. The Captain America films have quickly become some of the most well respected comic book films which is saying something since these movies are being released seemingly every other week. “Civil War” doesn’t necessarily do anything that new or groundbreaking but it also seems to get everything right and has enough fun tricks up its sleeve, and at this point is all most of us can ask for.  GRADE: B+