Logan’s Buns: The Astonishing “X-Men: Days of Future Past” is an Epic, Sci-Fi Comic Extravaganza 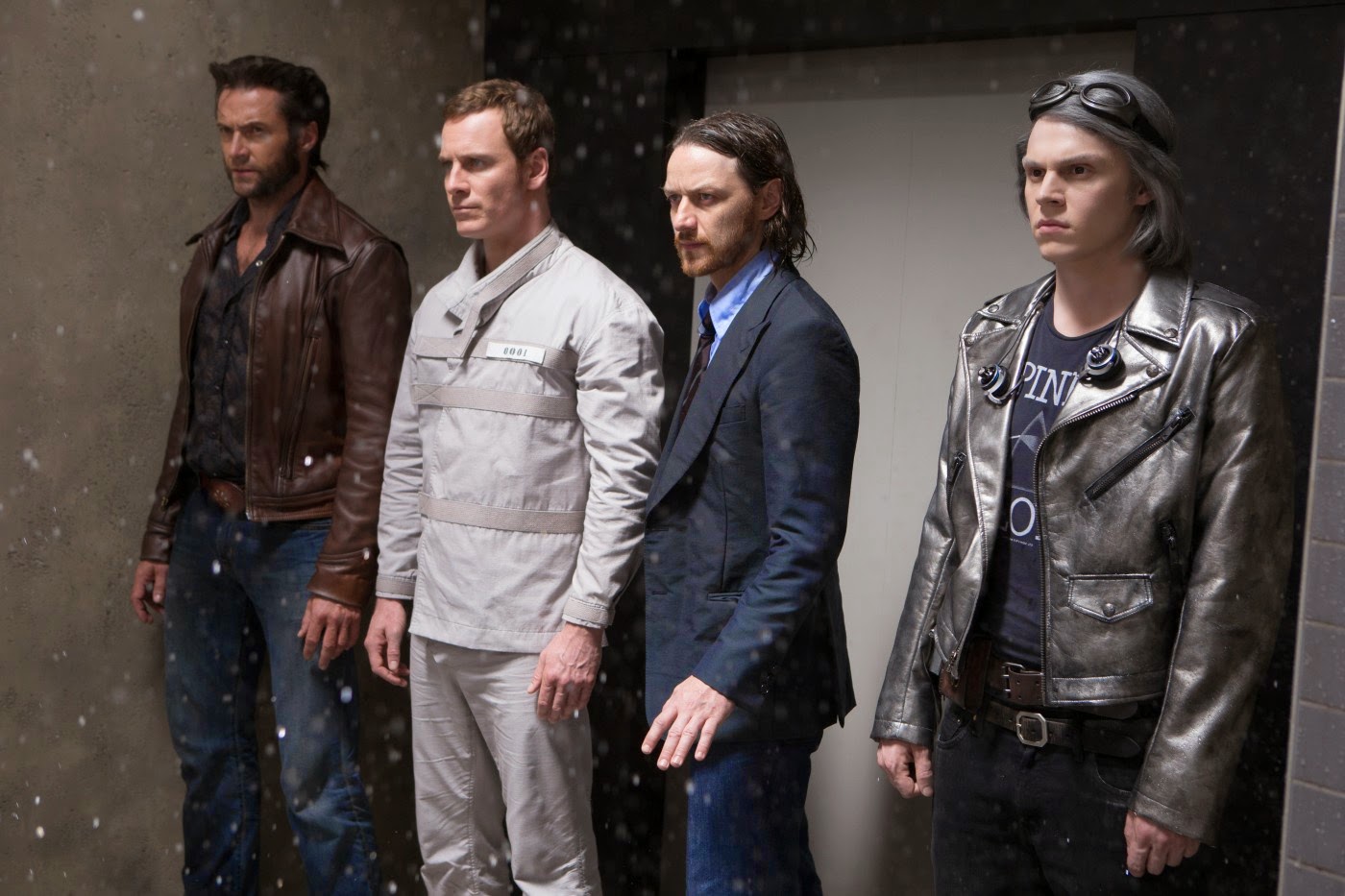 Another week, another comic book film. What else is there to really say about them? Except the fact that even though they seem to come out every other week, most of the time the film studios are actually make quality big budget films. And the latest one is no exception. Fourteen years after the first X-Men film completely changed the way people look at superhero and comic book movies, we have original director Bryan Singer back at the helm and he has crafted one of the most intricate, epic and outright entertaining entries in this never-ending series. It’s a sequel to the wonderful “X-Men: First Class” and yet also a reboot of the original “X-Men” trilogy. It’s also a pretty kick-ass time travel sci-fi spectacular with rich characters, memorable sequences, and a convoluted plot that is as outrageous as it is entertain.

As anyone who has seen the “Back to the Future” or “Terminator” films knows, time travel can be a complex and exhaustive plot element. I won’t even pretend that I fully grasped every intricate detail laid out in Simon Kinberg’s sprawling script (a script that pleasingly fixes everything that was wrong about his not-that-bad “The Last Stand” screenplay). I won’t even attempt rehash the complete storyline here. Basically, in the future, these robots created by Trask Industries are programmed to wipe out all mutants and eventually turn on everyone. Some of your favorite mutant characters from the previous films including Iceman (Shawn Ashmore), Kitty Pryde (Ellen Page), Storm (Halle Berry), Professor X (Patrick Stewart), Magneto (Ian McKellen), Wolverine (Hugh Jackman), and a few others, are attempting to fight them off. Kitty uses her powers to send Wolverine’s consciousness back in time (to the 1970s) to his former body where he’ll find the younger versions of his mutant friends and attempt to stop Dr. Trask (Peter Dinklage) from inventing the Sentinels in the first place. It’s basically “Terminator 2” with mutants.

Some of the highlights of this bonanza mutant adventure include Wolverine, younger Beast (Nicholas Hoult), younger Profesor X (James McAvoy) recruiting young mutant Quicksilver (Evan Peters) to help break younger Magneto (Michael Fassbender) out of prison at the Pentagon (who was charged with the assassination of JFK -  a spinoff of which I’d love to see). And what about the sequence when the young newly rogue Mystique (Jennifer Lawrence) attempts to murder Trask and the subsequent action that ensues that’s captured by bystanders on 70s era 8mm cameras. The movie is so epic it even includes a Vietnam sequence. And let’s not forget Magneto moving an entire baseball stadium.

Singer perfectly incorporates the characters from “First Class” (and even satisfyingly tweaks elements from the previous films including Professor X’s paralysis and Mystique’s better makeup design) with the old school mutant characters from the earlier films into one gigantic hodgepodge of mutant goodness without ever really being all that confusing. Or at least, we get the gist enough that it doesn’t feel like a chore to try and keep up. And because of the time period it feels like such a fresh take on the superhero genre.

The performances are great and every character has their moment to shine, the effects are spectacular (especially in that jaw dropping Quicksilver scene), and the story is gripping and feels larger-than-life. And it all ends so perfectly it was almost worth waiting nearly ten years for. I loved “X-Men: Days of Future Past;” though anyone who hasn’t seen the original X-Men films are advised to go back and watch them all again. While it doesn’t give me chills the way a great Spider-Man film does and will always do, it’s easily the best X-Men movie yet.  GRADE: A

Feature Trailer for X-Men: Days of Future Past on TrailerAddict.
Posted by Chris at 7:33 PM