Undercover Brothers: The Über-Meta “22 Jump Street” is Thankfully More of the Same 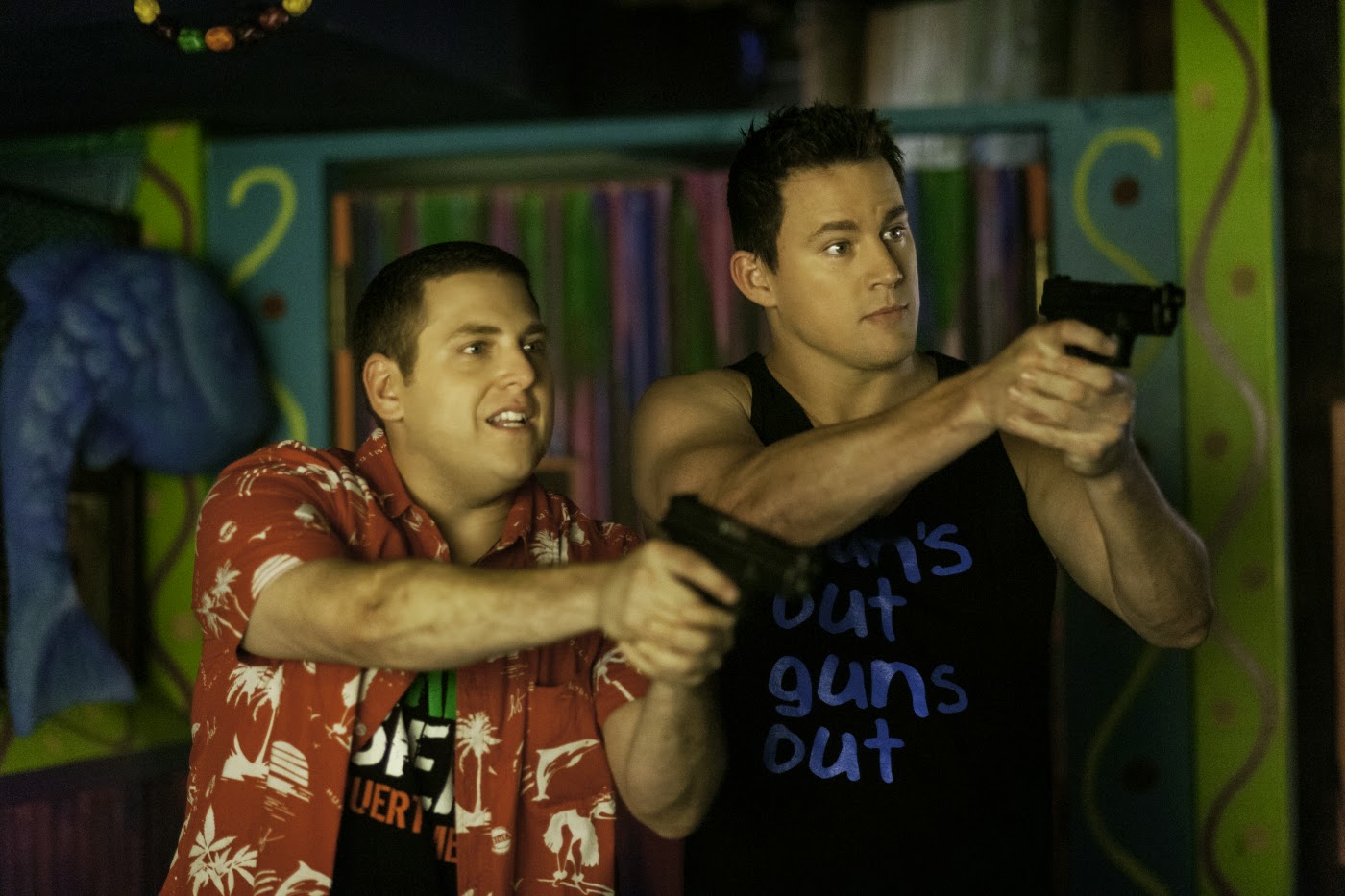 “22 Jump Street” might as well be called “21 Jump Street: The College Years.” It’s literally everything like it’s surprisingly funny predecessor (itself a self-aware parody of buddy cop action movies) except it’s set in college instead of high school. But there’s something particularly special about it. It may even be the “Gremlins 2” of this franchise. Even though the first film was self-aware, this film completely outdoes the original in sheer parody-ripe self-reflexive meta-ness. It also helps that it’s pretty darn funny in places. A sequel is usually automatically inferior to the original film because not matter what it’s always got that “we’ve already seen this” feel to it. “22 Jump Street” is fully aware of the trappings of a sequel and just goes with it. It’s one of the most self-aware films since the “Scream” series. It has fun poking fun at itself while it tries to take itself seriously and the audience is having too much fun to even care that they literally recycle the same plot from the first movie, albeit with a few new twists.

In “21 Jump Street” (a film that no one, myself included, expected to be amazing) losers- turned-cops Schmidt (Jonah Hill) and Jenko (Channing Tatum) pose as high school kids to find the supplier of a popular new drug. In “22 Jump Street losers turned cops Schmidt and Jenko pose as college kids to find the supplier of a popular new drug. See what I mean? Yeah it’s the same exact plot, but the characters know it. There are even references to having a bigger budget and how doing the same thing will end with the same results. That’s about right. This time Jenko ends up joining the college football team. After a funny meet-cute scene he befriends and then suspects blonde dumb jock Zook (Wyatt Russell). Jenko is way more in his element with the football/frat house crowd then he was in the science nerd crowd in the last movie. Schmidt, meanwhile, has befriended Maya (Amber Stevens) who lives across the hall from a girl who died after taking the drug being passed around. Her roommate Mercedes (Jillian Bell) hilariously isn’t buying that Schmidt is actually college-aged.

Even if “22 Jump Street” follows the same formula as the last movie it still overs a few new touches. Directors Chris Miller and Phil Lord, who are hot off the success of the phenomenon that is “The LEGO Movie” offers just as many great random pop culture references in Michael Bacall, Oren Uziel, and Rodney Rothman’s sharp and enjoyably progressive script. I counted references including everything from Benny Hill to Maya Angelou to “The Golden Girls” and even a clever nod to “Annie Hall” that most likely flew over the heads of the film’s target audience but we cinephiles would never miss it. Heck there was even a subtle reference to Tatum’s own terrible “White House Down.” And I still can’t believe the few plot twists that were as unexpected as they were entertaining – things that just can’t be mentioned here. And let’s not forget the film’s epic, must-see end credit sequence that puts to shame all other end credit sequences.

“22 Jump Street” is as much a surprise as the first film was. It satirizes everything from action films to cop films and anything else worth poking fun at. It could have been just awful but it’s remarkably funny, touching, and smart, even if it feels a tad overlong and overly ridiculous at times. I’m not sure it’s necessarily funnier than the first movie, but both of these films have set a new standard for TV-to-film adaptations. I’m not really sure how much any of this stuff is actually like the show it’s based on, but a new standard of action-packed comedy has been set and the chemistry-rich Hill and Tatum are easily today’s Abbott and Costello.  GRADE: B+

Trailer for 22 Jump Street on TrailerAddict.
Posted by Chris at 7:04 PM

The clear case back is handsome, and there's no risk of confusing this watch with another swiss replica watches brand. The words "omega replica watches" are engraved in the titanium ring surrounding the sapphire crystal. Then, you've got the brand name skeletonized and in black in the winding rotor, and also the brand logo engraved onto a movement plate. For a look of complete rolex replica solidness, you see the screws go from the front on the bezel through to the case back. Getting to the name "tag heuer replica," what exactly does "fusion" refer to? Victims of the 1990s fusion cuisine trend will always have a visceral reaction to the word, but fake breitling was adamant that his watches must be a fusion of material and elements.