In the Loop: “Edge of Tomorrow” is a Surprisingly Spectacular Sci-Fi Thriller 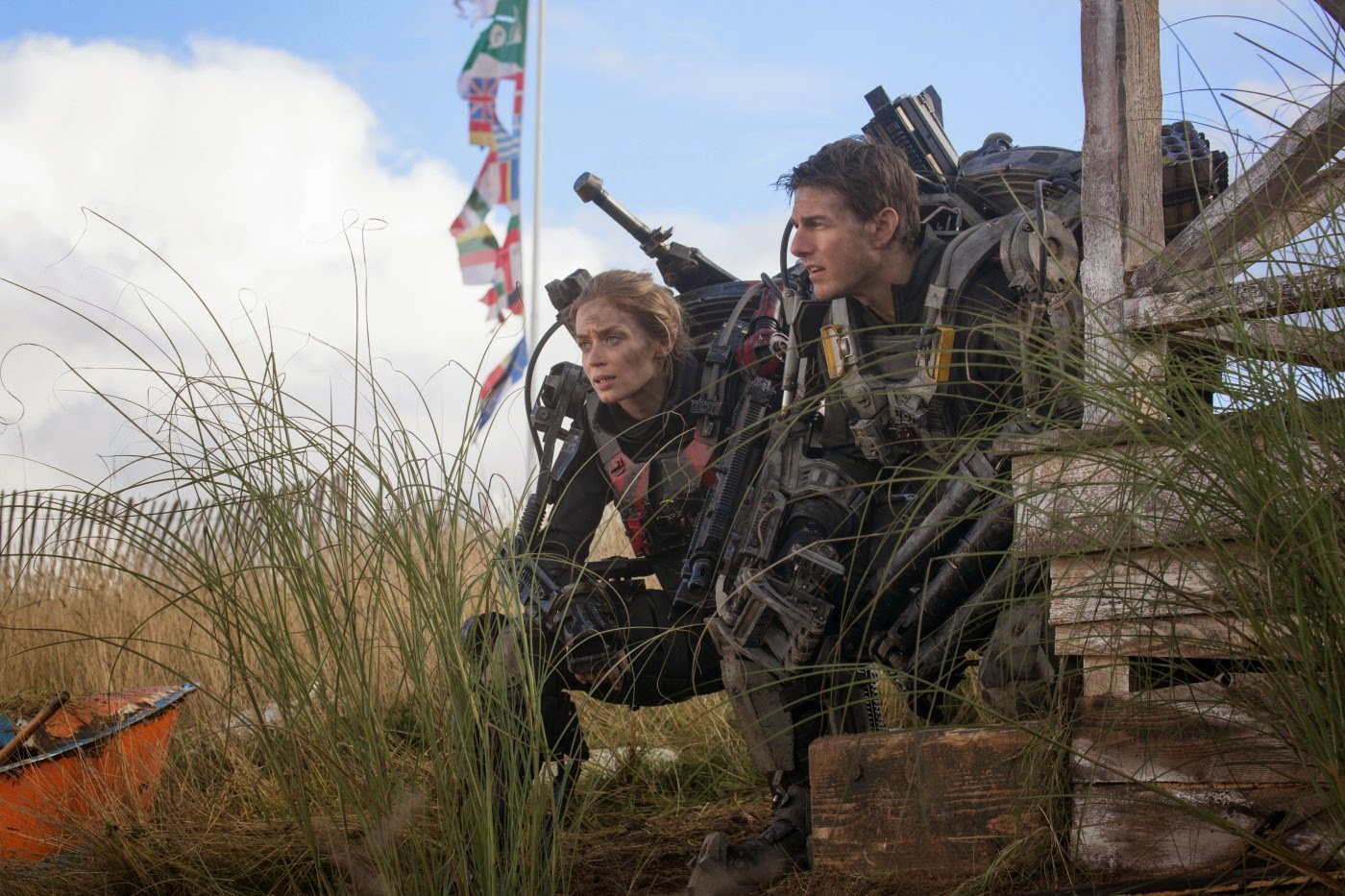 The outlook on Tom Cruise’s latest big screen adventure didn’t look promising. His last film “Oblivion” (which, for the record, I actually enjoyed) wasn’t quite the big hit the mega star was used to. Many complained about the film borrowing too heavily from other, better sci-fi films. And now we have “Edge of Tomorrow” which, from its not-that-amazing marketing campaign seemed like “Groundhog Day” meets “Battle: Los Angles.” The latter wasn’t exactly the type of movie I would want to see get the “do over” plot treatment. So I was pleasantly surprised, along with whoever nervously shelled out money this past weekend, when “Edge of Tomorrow” turned out to be a real hoot: it’s a completely solid sci-fi film with great action, characters, and a plot, while not completely original, that works even with the sometimes problematic time travel plot mechanics. In other words, I really loved it.

“Edge of Tomorrow” doesn’t quite have the plot that is easy to describe, but the basic gist involves a future in which aliens have invaded earth. They’re squid-like creatures who move fast and are pretty lethal. They’re referred to as Mimics. Tom Cruise plays Major William Cage, who has no previous combat training. He’s forced into a European-set invasion battle not unlike the Battle of Normandy. What was supposed to be a surprise attack on the enemy is anything but as the invasion goes horribly wrong; it’s as if the aliens knew they were coming. Cage is killed but not before a Mimic’s blood gets all over him; but then wakes up the day before, as if nothing had happened, where he repeats all of the previous day’s events leading up to his death in battle. He eventually seeks out super soldier Rita Vrataski (a bad-ass Emily Blunt) who just may know what’s going on. While things seem confusing at first, things begin to clear up as each day repeats more is revealed about why and what can be done with it. It’s pretty cool.

All I can say about “Edge of Tomorrow” is that it is a must-see for anyone who even remotely likes this genre. Cruise and Blunt have an amazing chemistry together and they both create believable characters that are unlike anything they have played before. Doug Liman, who is a sort of hit-or-miss director these days, really takes control here and has a great time with a really fun script by Christopher McQuarrie, Jez Butterworth, and John-Henry Butterworth. The design of the alien creatures is also top notch. They don’t seem like something we’ve previously seen before. I’d also be lying if I said I didn’t jump out of my seat a few times. These things are frightening. And the military aspect of this alien-invasion plot takes plenty of cues from “Aliens.” The action, even if we see the same events multiple times, never feels boring or repetitive. And the editing here is outstanding especially once we realize a completely new scene that’s taking place is actually the fifth or even tenth time it’s happened to the characters.

I can’t recommend “Edge of Tomorrow” enough. It takes everything you love about other movies in this genre and tweaks it enough so it doesn’t feel like it’s just a rip-off. The actors are really good, including brief appearances by Bill Paxton and Brendan Gleeson, and have created memorable genre characters who have interesting arcs. The movie is fun, surprisingly funny, action-packed, and tightly-paced; it is certainly worthy of any science-fiction fan’s time.  GRADE: A-

Trailer for Edge of Tomorrow on TrailerAddict.

While on this point, I want to mention that I know I've drawn many comparisons to the omega replica sale. Now, I know Hublot was a brand before rado replica sale, and there are people out there who are exclusively drawn to the older, less brash models. I would venture to say these people are outnumbered by those who were lured into loving the brand by the cartier replica, but for those of you who feel this way, the panerai replica sale watch (hands on here) might be for you. Taking everything about the rolex replica watch and going further, this watch is slimmer (though also 3mm narrower) thanks to the cheap replica watches in-house movement and really goes for the Hublot dress watch look.