Politically Incorrect: “The Interview” is a Controversial Piece of Cinematic Hilarity 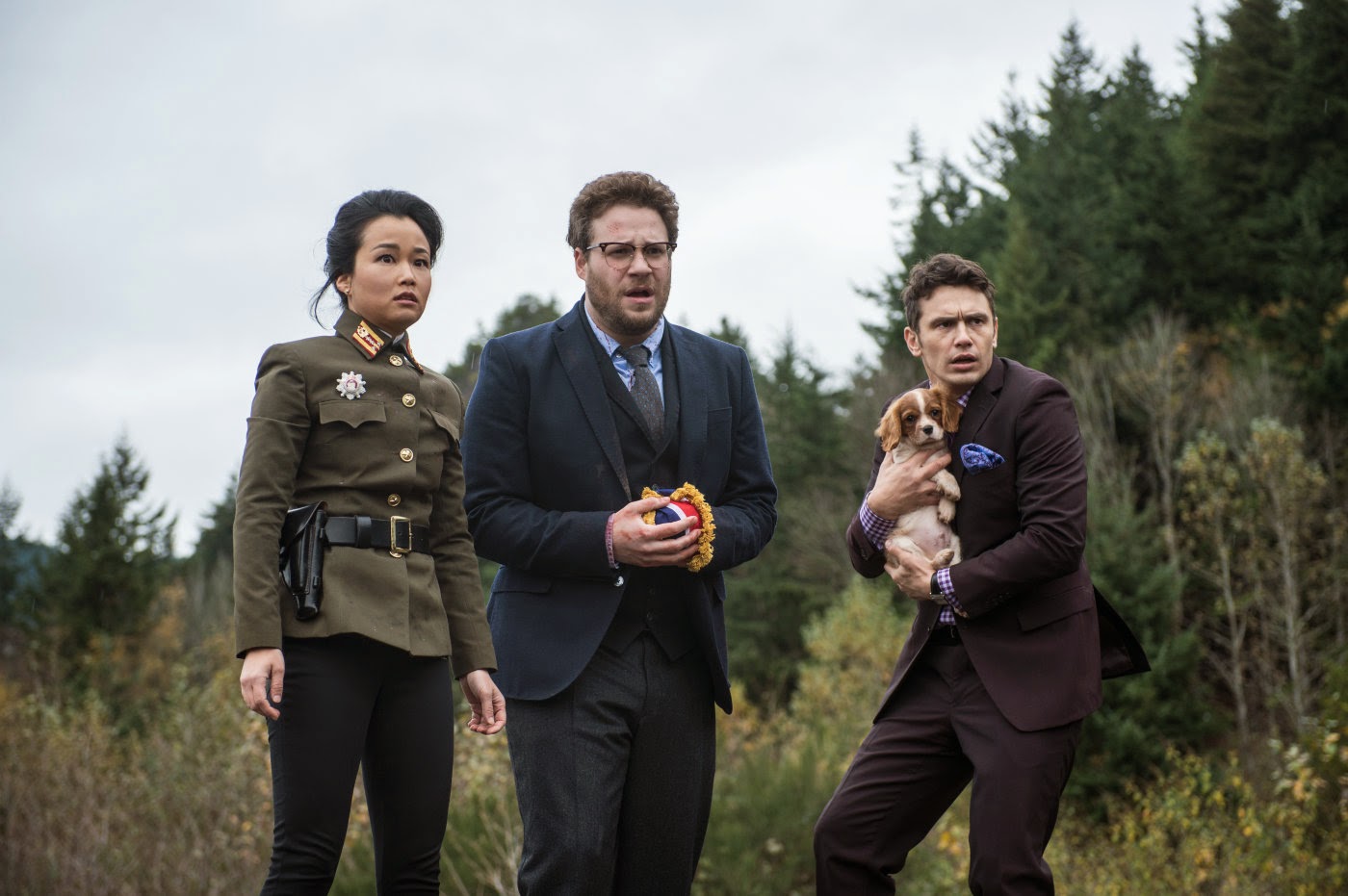 Seth Rogen has certainly proven himself to Hollywood. He started acting in silly comedies and even worked up into writing them. Heck, last year he even started directing. His directorial debut “This is the End” was a hilarious mix of meta Hollywood humor, fantasy-horror, and disaster flick that was hysterical and satirical. It was a movie that felt larger than life. It makes sense that his next feature  with co-director Evan Goldberg (though Dan Sterling gets sole screenwriting credit here) would try to top it. And they certainly have. While “The Interview” isn’t necessarily better than “This is the End” it shows so much more promise that Rogen and Goldberg are certainly creative forces to be reckoned with. And they’re certainly not scared of the evil dictatorship that they mock incessantly in it.

In “The Interview” Rogen plays Aaron Rapoport the producer of an entertainment talk show called Skylark Tonight. The onscreen host Dave Skylark, played by James Franco, and he’s as outrageous, cocky, and stupid as you would expect the host of this type of show to be. In fact I’m pretty certain that Rogen and Goldberg are more interested in mocking the American media and the entertainment industry more than they want to mock North Korea. Speaking of North Korea, it turns out that their supreme leader Kim Jong-un (Randall Park) just so happens to be a big fan of Skylark Tonight and wants to appear on the program. Being one of those reclusive leaders, Aaron and Dave plan to fly out to North Korea to induct what is sure to be the biggest interview of their careers.

In the meantime CIA agent Lacey (Lizzy Caplan) recruits Aaron and Dave to assassinate Jong-un because he’s on the brink of starting a nuclear war. It must be said that hiring Aaron and Dave to assassinate one of the most dangerous leaders in the world is probably the stupidest idea the CIA could ever come up with but this is a silly action comedy so we need to just go with it. Aaron and Dave are briefed on how the plan will work and it seems anything but a simple task. They’re concerned but they see it as a prime opportunity – especially Dave who insists that it be filmed as it would be denying his audience a terrific “money shot.”

When Aaron and Dave get to North Korea they’re sort of surprised. Aaron is quickly taken in by his surroundings as everything seems pretty normal. He even meets Kim Jong-un face to face and he seems like a pretty cool guy. They hang out, play basketball, and even get with the ladies. Aaron, who is the obvious intelligence of the duo, sees right through the dictator as he’s known as a master manipulator. Will Aaron get it together or will he have trouble assassinating the guy who’s starting to become friends with?

“The Interview” is utterly ridiculous in the best way possible. All political satires are and should be. It’s easy to decry the film as being inappropriate, or politically incorrect, or offensive. It’s hard not to take a step back and realize how crazy the film truly is (though I feel Rogen & Co are much more interested in making dirty jokes and making fun of the media more than it mocks North Korea) but it’s also something worth admiring. Even with all of the controversy surrounding the film, it’s ultimately just a silly action comedy. It plays on tropes  of different genres and feels like a best of. There are movie and pop culture references everywhere and the film feels like it was made for the same generation of moviegoers who grew up watching everything that came out of Reagan Era Hollywood. It even features some sequences that were genuinely suspenseful. It almost feels like a strange cross between “Pineapple Express” and “Zero Dark Thirty.”

I’m not saying the film is a classic American comedy, but those who know what they’re getting into will find much to enjoy. In a way it feels like a modern (though much more vulgar and graphically violent) version of “Dr. Strangelove” or “The Great Dictator”; those being political satires that were controversial in their day.  It’s almost like “Team American: Wold Police” without the puppets. And it’s certainly proof that even today you can’t keep a good political comedy down.  GRADE:A-


Trailer for The Interview on TrailerAddict.
Posted by Chris at 9:52 PM

DramaNice.net is a Completely Best Free Website, Get you All Dramas and movies as well as TV shows here.