Here Comes the Fun: Julie Taymor Takes Us on a Magical Mystery Tour “Across the Universe” 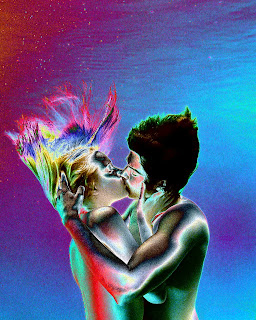 “Across the Universe” has something going for it the second you sit in your seat: you will pretty much know most of the songs in this smashing new musical vision from director Julie Taymor. The film features the music of The Beatles (with a fantastically musically capable cast), but I couldn’t really say it’s a “best of” The Beatles. There were a few songs I was unfamiliar with (although I'm come to enjoy) and still some songs I couldn’t believe weren’t used. (No Here Comes the Sun? Eleanor Rigby? Ob La Di, Ob La Da?) Of course, the songs were chosen as a base for a love story. Therefore I’m not so sure how they could really squeeze in Eleanor Rigby since it’s about a funeral. However you will be jamming to the film’s strong beat even if you might care less about the characters.

Some might say that the film is more of a visual feast than a character driven drama. And you know what, that might be true, but this is a musical. I didn’t see this movie to be wowed by Oscar-worthy performances or labyrinthine storylines. I came to listen to The Beatles! I came to have my senses wowed! My ears were having a good time and so were my eyes. Taymor is such a fantastic visual director that she makes Baz Luhrmann’s musical “Moulin Rouge!” appear black and white. And like I said before the songs are catchy we already known them so we can sing along right away.

Even though this is more of a visual treat (this is a motion picture after all) there is an actual story here with characters (many of which are appropriately named Beatles songs. It’s the 1960s and we have American high school graduate Lucy (Even Rachel Wood) and her slacker college brother Max (Joe Anderson) who gets by with a little help with his friends. Across the ocean in Great Britain is Jude (Jim Sturgess, who looks like he could be the 5th Beatle) who comes to America to find his estranged father. (However, he doesn’t arrive in a yellow submarine). From an early scene in which Lucy sings Hold Me Tight to her current beau who’s about to go off to war, we can imagine, through the magic of cross-cutting that Lucy and Jude just might end up together. And like all timeless love stories, something will keep them apart so we can root from them to be together. That just so happens to be the Vietnam War! Frankly, there doesn’t really seem to be much conflict between Lucy and Jude once they start their love fling. She becomes an anti-war activist and he just wants to be an artist, but they’re charming and we enjoy seeing them sing our favorite songs.

Meanwhile we get lots of interesting supporting characters. Dana Fuchs who plays the Janis Joplin-like landlady is a standout. This is her first film and she completely adds a ferocity to the film that’s unrivaled by anyone else. And we have Martin Luther as JoJo who’s the Jimi Hendrix stand-in who also is very good. Fellow follower Prudence (T.V. Carpio) has an amazing solo performing the saddest version of I Want To Hold Your Hand I’ve ever heard. Some character introductions are odd (including Prudence’s) because they’re sort of randomly placed. But that’s only in the beginning and the film is getting better all the time. And let’s not forget the wacky cameos by non other than Bono, Eddie Izzard and a cloned Salma Hayek.

Ok, so here’s what everyone really wants to know: If The Beatles songs are so amazing, why would you want to hear mostly unknown performers sing them to weird visual cues? Yeah The Beatles’ songs are so wonderful that they really don’t need to be redone (kind of like classic movies that don’t need remakes), but here these covers are really well done, or at least I think so. These are songs that can be sung faster or slower and the message is still crystal clear and the melodies are still tuneful and the lyrics are still catchy. But let’s be frank, Lennon and McCartney and the gang don’t have the most astounding voices you’ve ever heard in music history, so it’s a welcome change to hear someone else sing your favorite tunes. And this cast is definitely up to par.

Taymor has found images as bizarre and hip as the Beatles’ songs themselves. Androgynous Marilyn Manson weirdos? Yup. Nearly naked army recruits dragging the Statue of Liberty through Nam? Yup. Psychedelic bus trip to the tune of I Am the Walrus? Yup. (And I love the bowling alley scene!) Her images are just as odd and twisted as the lyrics that accompany those memorable melodies. This film will reignite a love for Beatles music that has lasted throughout peoples’ lives. It will spark feelings you never realized you felt. “Across the Universe” is a creative and wild trip that didn’t let me down. GRADE: A-