Not Without My Daughter: Spike Lee’s “Oldboy” Remake is Actually Pretty Darn Good 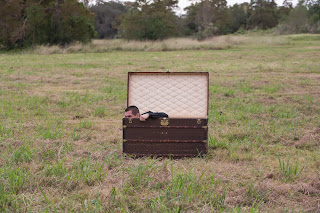 I was sort of amazed at how unlikable Josh Brolin’s character is at first in “Old Boy,” the American remake of the super weird South Korean cult thriller. Here is a guy, a pretty successful business man who’s a hopeless alcoholic and a poor father to his three year old child. He chooses a business meeting over attending his daughter’s birthday party. And then one day he’s kidnapped. Locked away in a hotel room. He’s fed every day, mostly generic looking Chinese food, and has only a television to entertain himself with. Twenty years passes and he’s released just as mysteriously as he has been taken. His journey has just begun however, as he attempts to unravel the mystery of why he was imprisoned and who was behind it. As taboo as this seems, I actually really enjoyed this Spike Lee film. A hell of a lot more than the downright bizarre, overly long, and sluggish original film.

“Old Boy” has a pretty odd story truth be told. It’s certainly not for all tastes. The South Korean film was a strong exercise in atmosphere and ugliness.  You can’t make a film like that in America and expect it play on hundreds of movie screens. This film, with interesting direction from the divisive, and sometimes controversial director Spike Lee, retains some of the Asian film’s trademarked foreign weirdness while inherently attempting with all its might to appeal to a more mainstream audience. But anyone who knows the story’s conclusion knows that mainstream is not something that this story suits whatsoever.

Brolin plays Joe Doucett. He’s kidnapped and imprisoned for twenty years. He has no idea why. He is a scowling, fat oaf. When he’s finally released twenty years later for no apparent reason, he’s become a fit, lean man intent on revenge. On the TV in his room he constantly tuned into news broadcasts about how his ex-wife had been murdered and how his daughter had grown up to be a prized musician. All he wants is his daughter. He has left his solitary confinement a completely changed man. And you believe it. Brolin really nails it. He doesn’t have too many friends. An old pal from school, who runs a bar, played by The Sopranos’ Michael Imperioli helps me track down possible kidnappers using the Internet. Joe is even given an iPhone in which text messages taunt him. Has he found his kidnappers or his daughter yet? He also befriends a young female formerly troubled paramedic named Marie (played by the most talented Olsen sister Elizabeth).

The film’s second half involves unraveling the mystery and conspiracy surrounding Joe’s baffling kidnapping. He meets some rather strange people along the way including the man who was paid to keep him imprisoned Chaney (Samuel L . Jackson) and his never-ending gang of henchmen who Joe fights off in a sequence replicated from the original film’s notorious long take fight scene. Eventually we get to meet the man responsible for setting the film’s plot into motion and he’s played by chameleon South African actor Shalto Copley. His character is just as strange, eccentric and downright psychotic as one would expect. The film’s final revelation is outrageous and wacky, even shocking, but whether it’s what someone who doesn’t know this story is satisfied with is another story. It’s such an odd revelation and so completely far-fetched that it seems like something that can only exist in a foreign film.

So what can we make of this version of “Old Boy.” To be quite honest, as deplorable as it might sound, I actually enjoyed all of it. I found the mystery intriguing and rather suspenseful. I myself knew the film’s final disclosure and I found it kind of fascinating seeing how all the pieces would eventually fit together. Lee is also an assured direction. He doesn’t quite forget his independent roots and employs some of his strange trademark camera tricks. The screenplay feels assured. It doesn’t mind tweaking things here and there and altogether the changes make sense. Writer Mark Protosevich doesn’t try to make any amazing or revelatory changes. The worst thing you can say about his script, or the film itself, is that it doesn’t really need to exist. But it does, so it’s only fair to judge it based on its own merits. The acting is also uniformly excellent. Brolin and Olsen actually have a true kinship here and they completely sold me on the idea that they are both harmed people in search of something in their lives. And I enjoyed Roque Baños's Hitchcockian score.

I really enjoyed “Old Boy.” I can’t imagine big fans of the original film will have anything nice to say about it or let alone actually giving it a try. It’s difficult to please fans of cult films – especially when Hollywood keeps remaking foreign ones. Anyone fearless enough to give this American version a chance will find a completely competent movie. No complaints here.  GRADE: B+
Posted by Chris at 4:53 PM

Only by looking at it, you can imagine yourself being part of some stealth hublot replica to save the world from evil doers, or at least taking on nature in its rawest and most frightful form with the utmost ease. Somehow, this rolex replica sale managed to take the essence of those primal needs and contain them in a functional, yet eye pleasing timepiece. But why a hublot replica and not an original, some may ask. The short answer is price, and since I’m not a man of few words, allow me to explain myself. We all know very well what kind of history replica watches carry behind. These luxury timepieces are not only functional and precise, they have a unique tag heuer replica to them that made them some of the best known and most sought-after watches throughout history. Only the word rolex replica uk should be a clue regarding the price tag they carry.