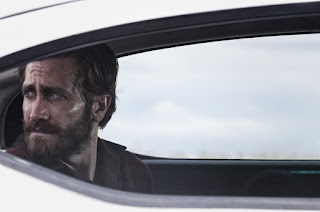 If you were to describe fashion designer Tom Ford's two films “A Single Man” and “Nocturnal Animals” as two hour long fragrance commercials you wouldn't really be far off. “A Single Man” was an artsy story about loss and grief headlined by a great performance from Colin Firth. “Nocturnal Animals” is a completely different beast altogether. While it is, in a way, about loss and grief, “Nocturnal Animals” is a fascinating movie with two stories for the price of one. One is about a man dealing with the loss of his wife and daughter, and the other is about a woman dealing with the dissolution of her marriage. There is a fun back and forth between theses parallel stories and Tom Ford makes everything look beautiful along the way. The movie is thrilling and darkly twisted with some truly bizarre moments but fascinating characterizations and performances from its completely game cast. “Nocturnal Animals” is a difficult film to recommend but also a difficult film to stop thinking about. In the end, it feels a little more style over substance but it's certainly an interesting ride.

If “Nocturnal Animals” were to deserve any superlative it would certainly be “Most Bizarre Opening Title Sequence.” I can't even spoil it for you except to say that is completely takes you by surprise and certainly informs what kind of movie you're about to start watching. The opening also is a great gauge of the maturity level of the audience as snickering and sounds of shock permeated the theater. Just because a movie has A-list stars like Amy Adams and Jake Gyllennhaal doesn't mean it's for mainstream tastes. The film basically follows art gallery owner Susan Morrow (Adams), disillusioned with her failing marriage, as she reads a manuscript written by her ex-husband Edward (Gyllenhaal). Although it isn't necessarily made quite clear, we're shown the events of the book as they cut back and forth between “reality” and “fiction.”

The story that Susan reads is about a reserved family man named Tony (also Gyllenhaal) who is accosted by three creepy young men on a dark stretch of highway in West Texas. He's traveling with his wife, played by Isla Fisher and teen daughter, played by Ellie Bamber, and these three guys basically run them off the road and end up kidnapping the women. Aaron Taylor-Johnson plays the lunatic Ray in an over-the-top performance but he's certainly convincing as a wacko. The scene stealing Michael Shannon then shows up as detective who helps Tony get revenge. Susan becomes extremely enthralled in her ex-husband's book and we soon get to see flashbacks of their blossoming and eventually disintegrating relationship.

The film's script, also written by Ford, and based on a novel by Austin Wright, is certainly twisty and fun and Adams is great in an against-type role and Gyllenhaal is having a blast in a dual role. And it's fun to see where these two storylines are going to end up. Let's be honest though, there is a lot of fun camerawork, wacky costume design, and weird symbolism so this isn't a film for everyone. I feel like it would have been one of my favorites if I was still taking film classes. It's not weird enough like a David Lynch movie but you can see it as an inspiration; the film definitely has a Mulholland Drive feel to it.


In the end, the movie is certainly a bizarre experience and overall it was enjoyable for it's weirdness. It's certainly not for all tastes and Tom Ford's musk is certainly stamped all over it. Adams and Gyllenhaal are particularly good and as long as you know what you're getting into I'd say go for it. Don't say I didn't warn you.  GRADE: B+