Outback Mountain: “Australia” is an Unworthy Journey Down Under 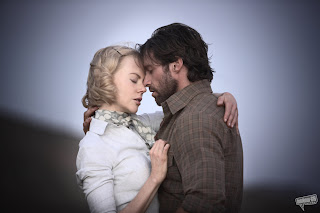 I laughed once. I cried zero times. I yawned a lot. I looked at my watch even more. And that pretty much summed up my experience with “Australia,” the new romantic/ historic/dramatic war epic that has swept overdramatically into a theater near you. If I can give you once piece of advice it’s this: Be afraid. Be very afraid. I can only recommend this film if you are a) a die hard fan of either Nicole Kidman and/or Hugh Jackman b) a die hard fan of long, boring romantic epics or c) you have about 3 extra hours of your day to spare. Ok and one last one. Two words: Baz Lurhmann. In fact…

My name is Chris Gallo. I am a huge movie fan. Every since I was little I have loved watching movies. I enjoy going to the theater to see nearly every movie that is released. I like most types of movies although I would say that I have a particular infatuation with the horror genre. I am writing to you today to proclaim my utter hatred for your latest film “Australia.” Let me start by saying I’ve never actually been quite a fan of your work. In fact, if you decided to go into early retirement, I wouldn’t mind at all.

I remember when your version of “Romeo + Juliet” was released (and seriously what is with that plus sign, could you use an ampersand like every other version?). Everyone seemed to be obsessed with it, but I found it rather annoying. I couldn’t understand anything the actors were saying because you chose to use Shakespeare’s original dialogue but updated the play’s setting to modern day Los Angeles. Ok that is a cool idea, I’ll give you that. But besides the film’s exciting prologue, the movie has little to offer except annoying editing and even more annoying acting.

Then came “Moulin Rouge!” which I didn’t see in the theater because frankly it looked like it sucked. In fact, many critics didn’t like the film and it didn’t do extremely well at the box office, but the Academy decided to nominate it for Best Picture anyways. I felt sort of bad that you weren’t nominated for Directing but at least you were listed as a producer. When I finally saw the film during my college years I fell asleep half way through but I actually thought that the idea of using modern songs in a film set in the past was actually pretty original. When I finally saw the film in its entirety I actually didn’t hate it. But I really didn’t love it.

I’ve yet to see "Strictly Ballroom," which was your first feature. The odds of me ever actually watching it is equal to the likelihood that you’ll ever actually read this; so I’ll just assume I’ll hate it and save two hours of my life.

Now comes “Australia” your most ambitious production yet. It’s a movie that is supposed to have everything! And in fact, I was sort of looking forward to seeing this one. Except that every hour that passed while sitting in that theater was pure torture. I was bored and not fascinated with the story. It felt clichéd and overdone. In fact, the third act, which was the most clichéd of all, is when things actually started to pick up. All the war scenes had action in them and prevented me from actually slipping into a coma. However, it was probably the most unnecessary part of the film. In fact, your film reminded me of “Pearl Harbor” with all its lovey-dovey romantic silliness set against the backdrop of an “important issue.”

There is nothing technically wrong with your film and I can attest that you are one of the most original filmmakers working in Hollywood. But in an age when Hollywood is churning out remake after reboot after sequel. I’m honestly looking forward more to the remake of “Friday the 13th” than I am to your latest cinematic project.

All the best for a healthy + happy new year,

PS – I also found your 1999 “Everybody’s Free (to Wear Sunscreen)” single to be slightly obnoxious and annoying as well. GRADE: D