The Evolution of Freddy Krueger: Appreciating the “Nightmare” Films in Anticipation of the Remake/Reboot/Prequel

By the time 1984 rolled around horror movie audiences were very familiar with the slasher genre. Michael Myers and Jason Voorhees had been around for a few years. There had been three Halloween movies, although Myers took vacation time for Part III. There had been four Friday the 13th films. Also audiences were familiar with Leatherface, the Prowler, the Miner from “My Bloody Valentine,” the Driller Killer, the killer from “Prom Night,” etc. I’m almost surprised A Nightmare on Elm Street was even a success. But actually it came at the perfect time. In the six years since “Halloween” started the subgenre, slasher movies were becoming tedious, cheap and horrible. It needed a boost and Freddy Krueger was the only one who could do it.

Horror master Wes Craven was sort of ingenious in creating boogeyman Freddy Krueger for several reasons. First of all, not only did he give this character lines of dialogue, but he made him funny and scary. Granted he doesn’t really have funny lines in the original film, but you know he was just itching for some wisecracks. Freddy remains one of the few slashers who actually talk and while he’s been give more and more lines as the film series have progressed, it is trademark wit that makes Freddy stand out amongst the Jasons and Michael Myers out there. He gave him a trademark look and weapon: his wonderful homemade knife glove, which still is one of horror films’ most recognizable images. Also, Craven created a character that simply can’t be killed. When Jason gets killed a million times in his films the audience never really believes that this guy should still be around. But with Freddy, who exists in the dreams of his teenage victims can simply just live forever.

Wes Craven’s original film “A Nightmare on Elm Street” remains one of the best and important films in the slasher genre and currently stands as my 25th favorite movie of all time (although “Wes Craven’s New Nightmare,” like it or not, is still my favorite of the series). It has many iconic images which includes one of the most memorable murder scenes in horror history. I dare you to watch the scene in which Tina is clawed, thrown out of her bed, and dragged up the wall and onto the ceiling, only to fall back to her bed in a bloody mess. The scene is frightening, disorienting and a pioneering moment in slasher history. And we all remember the bathtub scene, Johnny Depp emerging from his bed as a pool of blood and Freddy rising from Nancy’s mother’s bed.

The many sequels were, not surprisingly less memorable, but fun nonetheless. “A Nightmare on Elm Street Part 2: Freddy’s Revenge” remains one of the strangest and controversial of all the sequels. Quickly dubbed the “gay Freddy movie” by its fans and detractors, it features Freddy’s attempt to possess the body of an effeminate teenage boy and kill teenagers in the real world, rather than in their dreams. Wes Craven had nothing to do with this one, but did return as co-writer for “A Nightmare on Elm Street Part 3: Dream Warriors.” It stars a young Patricia Arquette who’s committed to a mental hospital with fellow teenagers who are all dreaming of Freddy. Freddy’s trademark one-liners made themselves apparent here: “Welcome to primetime, bitch!” These wisecracks were pushed into overdrive in “A Nightmare on Elm Street Part 4: The Dream Master.” This film still remains the franchise’s most profitable even though its director was ironically Renny “Cutthroat Island” Harlin. The film featured great production values, slick cinematography and plenty of Freddy wit. Its dream sequences were very elaborate. This is the one where the girl from “Just the Ten of Us” is turned into a cockroach. The series started nose-diving with “A Nightmare on Elm Street: The Dream Child” which featured Freddy using the heroine’s unborn child’s dream to kill the local teenagers. This one shows Freddy as a baby. Ugh. New Line Cinema reluctantly greenlit “Freddy’s Dead: The Final Nightmare” as an opportunity to kill off everyone’s favorite scarred child murderer. Apparently someone thought that working as an assistant production manager on Part 1 made director Rachel Talalay capable enough to direct this fifth sequel, (ok, relax, she produced the other sequels, but still come on, she sucks!) which had its ending sequence shown in gloriously cheesy 3D. The story this time around was a muddled mess and attempted to show a lot of Freddy’s backstory. You're not hallucinating; that is Alice Cooper as Freddy's abusive father. It also features Freddy at his “funniest.” He shows up as the Wicked Witch of the West for crying out loud and kills a kid in a video game. This is the worst of the series and an embarrassment for all involved. Thankfully, Craven returned for part 7: the wonderfully clever “Wes Craven’s New Nightmare.” The film brilliantly took place in the “real world” and had the fictional Freddy haunt the Nightmare films’ cast and crew members. It was pretty ahead of its time but unfortunately audiences didn’t turn out for this postmodern gem because after 10 years of Freddy Krueger movies people just didn’t care anymore. Ironically, the equally clever and tongue-in-cheek horror flick “Scream,” released just two years later (directed by Craven), went on to become a massive critical and financial hit. And of course, the less said about “Freddy vs. Jason” the better.

So that brings me to the point of all of this Freddy talk and that is a remake is in production and is slated for release next April. Robert Englund, who I can’t believe I’ve failed to mention this whole time, won’t be returning as Krueger as this reboot will be seen as completely fresh. Oscar nominee and former child star has been Jackie Earle Haley will be taking on the iconic role and when you watch this amazing teaser trailer for the new film, maybe you’ll actually find it to be scary and decent looking. As a fan of this series I can honestly say I’m intrigued by this film and I encourage you to find it interesting as well. Even though there seem to be more remakes than original films coming out of Hollywood, I’m not really against it. It seems like they want to make Freddy Krueger scary again. Remakes, while always mostly unnecessary, are always fun and exciting commodities. Yes they are just products to be devoured by fans who are willing to give up their hard earned dough, but frankly I wouldn’t it have it any other way. 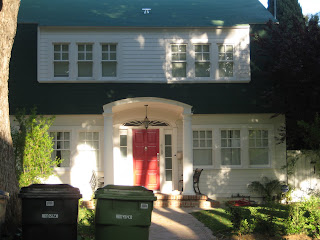