The Rating Game: “This Film is Not Yet Rated” Shows How Some Films Will Never Be Coming to a Theater Near You 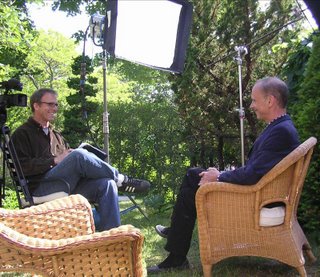 Kirby Dick’s intriguing documentary “This Film is Not Yet Rated” manages to take an interesting subject and make it really interesting. The film comes so close to perfection that one gets disappointed when certain aspects continue to bog down the entire thing. I’ll be the first to agree that the Motion Picture Association of America’s film rating board is slightly bonkers. Their “guidelines” for how films receive parental guidelines are basically outrageous. And I’m not even a parent! Let’s give a little lowdown. We have G, PG, PG-13, R and NC-17. Most are probably familiar with let’s say the R rating. That’s the rating that restricts youngsters from seeing a movie unless they have a parent or look over 17 years of age. Anyone can get into a G, PG or PG-13 movie. And no one under 17 can get into an NC-17 rated film. This doesn’t really seem to be a problem right?

Dick does a great job of giving us lots of useful information that is clear, precise, to the point and beyond fascinating. And “This Film…” is a movie lover’s dream. There are oodles of film clips that are interesting to see in context to how they were rated by the film board. We get to see the “uncut” versions of some scenes. Like what had to be cut in order to go from an NC-17 rating to the more financially friendly R. And not only do we get clips from movies but we get insights from the filmmakers themselves. Interviews range from king of the bizarre John Waters to Mary Harron the director of “American Psycho.” We get Matt Stone of South Park fame and “Clerks” director Kevin Smith. Their comments are insightful and really interesting when they discuss how an NC-17 rating can really offend a person and the grief that it can cause a filmmaker with a particular artistic vision. I also enjoyed watching Dick’s journey to get have his own film rated (slapped not surprisingly with an NC-17) and unsuccessfully appealed.

Everything about the film is fascinating. And then there are the sequences in which the filmmaker hires a private detective to find out who exactly the people on this film ratings board are. The MPAA keeps these people who view films, discuss them and then give them a rating based on objectionable content are kept private so that outsiders don’t influence them. (Gimme a break, they don’t want their names publicly announced so that they aren’t beaten to death by angry mobs of filmmakers). It’s a fact that although ratings are “made by parents for parents” it seems odd that some of the raters have kids in their 20s or have no children at all. Scenes in which Dick and the detective sit outside the MPAA headquarters (and go through their trash) are kind of silly and while it’s funny to see them practically stalk the raters and flash their real identities on the screen as if they were all secret superheroes, it tragically grinds the film almost to a halt. The private detective’s job is not nearly as interesting as the film clips, interviews and history of motion picture censorship provided throughout the rest of the film. I wouldn’t say this aspect was unnecessary; it just seemed awkwardly fit with everything else.

The bottom line is that the film ratings system is imperfect. That’s not really a bad thing and not too surprising. There is no perfect way to let parents in on what objectionable content a film has. But when the film board says that it’s not promoting censorship and then slaps a film with an NC-17, which in turn means it basically can’t be shown anywhere, that just doesn’t make sense. NC-17 films should be able to be shown everywhere. The stigma that these films are pornographic is ridiculous. What this rating means is that kids shouldn’t be seeing it, and that’s all. That shouldn’t be punishing adults who want to see these films. If adults want to pay to see trash like “Showgirls,” it’s their right. I don’t want to live in a society in which films like “Showgirls” can’t be accessible to everyone over the age of 17. Anyone even remotely interested in how the film industry works with find everything in “This Film is Not Yet Rated” absorbing. GRADE: A-
Posted by Chris at 10:47 PM

re You looking Polo shirts ? When looking for the best yachting Polo shirts in 2017,
comfort should be one of the most important considerations. After all,

you would surely not want to be in a
situation wherein you would want to immediately get rid of your shirt because of the comfort that it provides.
luxurious organic bamboo sheets
luxurious bamboo sheets
100% bamboo bed sheets
silky bamboo sheets
with Deep Pockets 300 Thread Count per square inch are most likely the silkiest and softest sheets.

Exkash.org offers automatic and honest Bitcoin Exchange services worldwide.
Exkash.org is one of the best bitcoin exchanges in USA that is
mostly suggested and recommended by all bitcoin users. Sell more detail bitcoin nigerian


Exkash.org offers automatic and honest Bitcoin Exchange services worldwide.
Exkash.org is one of the best bitcoin exchanges in USA that is
mostly suggested and recommended by all bitcoin users. Sell more detail bitcoin american

“These Mayweather vs Mcgregor boxing question and answer sessions are a totally unexpected setup in comparison to what we are utilized to, yet 20,000 individuals, it is awe-inspiring,
I am completely respected to be here before you to give you this extraordinary scene,” he said. “Also, some individual’s 0 must go! that the fight that the spirit of this mega boxing event.

Amazon Product SEO is as yet essential, you ought to likewise be actualizing At your showcasing collection.
Before we get into the particular things you can do to rank higher on Amazon, it’s vital for you to comprehend the objective of amazon change rates. In the event that you’re posting will get Amazon more deals.That Will Exhibit To Amazon That Your Item Will Really Offer Once It Is Seen.