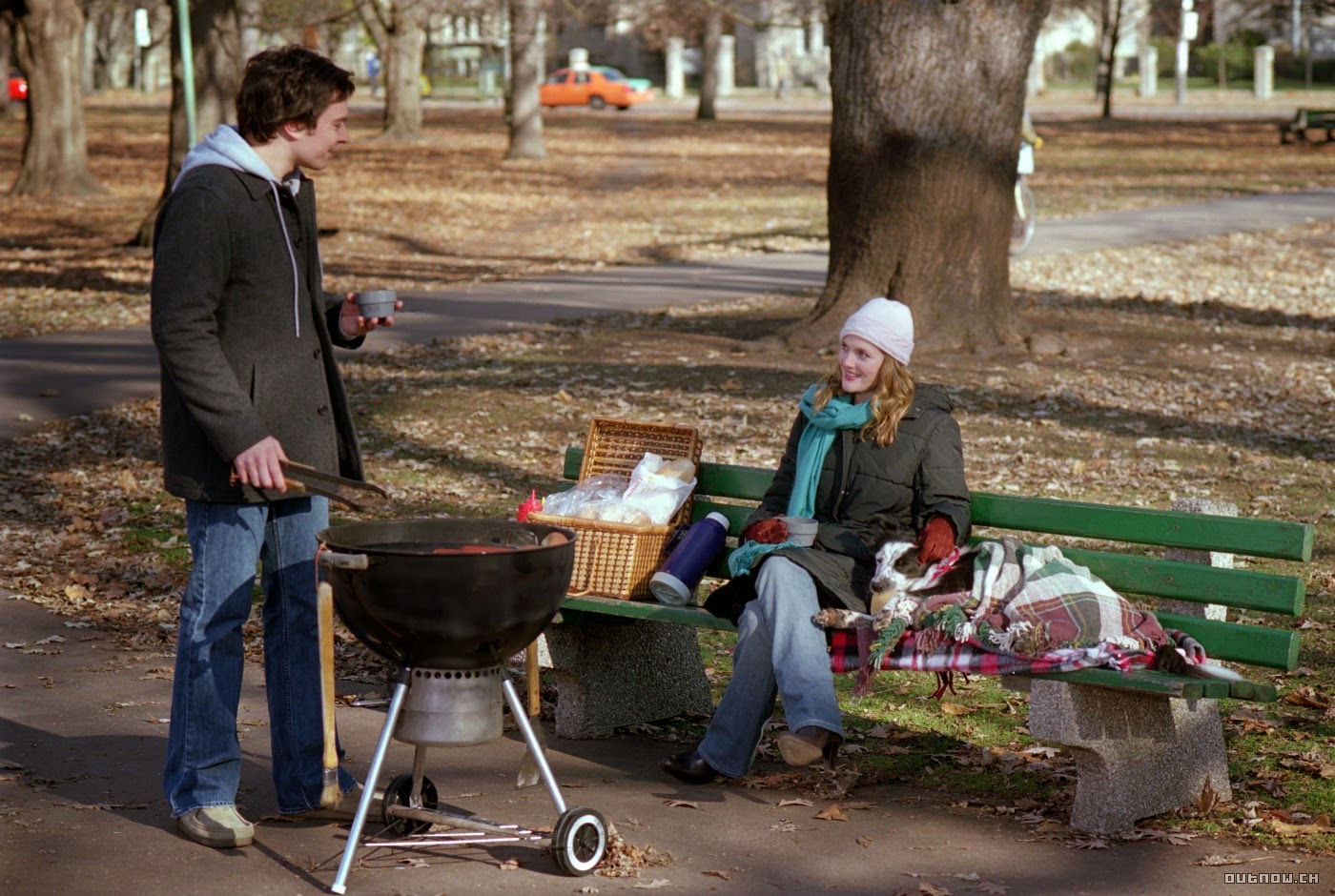 Steven Spielberg showed us what it was like to be on that beach in Normandy in Saving Private Ryan. Darren Aronofsky gave us a glimpse into the lives of people who become addicted to drugs in Requiem for a Dream. And now Bobby and Peter Farrelly show us the ins and outs of being… a Red Sox fan. Jimmy Fallon (who definitely let’s us forget that he was ever in Taxi) and Drew Barrymore (who practically pours out so much charm she could bottle it and sell it) are absolutely delightful in Fever Pitch, which is truly a film 86 years in the making. Anyone who loves baseball or romances or films in general will get a kick (or should I say hit?) out of this fantastic film.

First things first, I love the look of this film. It is imbued with reds and blues, those darn Red Sox colors that so vibrantly go with the film’s detailed mise-en-scene. Am I crazy? Perhaps just a little, but there’s no denying the heart and detail put into the film. The camera is placed right where the action is. We get a nice mix of traditional camerawork with a little documentary shakiness to put us right there. You can almost smell the peanuts and crackerjacks.

What we have here is a love story, or as the directors call it, a “love triangle.” You see we have a girl (Barrymore), a guy (Fallon) and baseball. Who will win Fallon’s heart? See the movie to find out. What is so special here isn’t the fact that this film has romance for women and sports for men, it evokes things within all of us. All of us are passionate about something in life. What’s my passion, you ask? You’re reading it. It’s about loving and desiring something so much that you’re willing to do anything. Even sign away your box seats at Fenway Park. Crazy right? Not to a Yankees fan.

A long haul away from gross-out gags, filmmakers the Farrelly brothers are definitely in a league of there own here. They establish characters who are charming and charismatic and they have perfect comedic timing as proven in their hits Dumb and Dumber and There’s Something About Mary. Their other ones? Let’s not go there. They work from a great script from the guys who wrote another baseball winner, A League of their Own, and there are plenty of great echoes of that wonderful script here. They have a knack for creating great supporting characters and employ funny, exciting dialogue.

We are introduced to Ben, a school teacher, as played by Fallon who has always been a huge Red Sox fan ever since his uncle took him to Fenway Park for the first time. And I just don’t mean a fan; I mean an obsessed freak whose apartment truly does look like souvenir shop. He meets Lindsay, an up there career-aholic, played sweetly by Barrymore. She truly has never been more likable in a film role. You root for these two to get together. And then we find out how truly into the Red Sox and baseball Ben really is (His uncle leaves him two box seats, he has attended every game, and makes his buddies dance around like fools to get to join him). And there you have it. Very simple and straightforward yet it’s a hell of a good time.

The filmmakers actually never planned on the Red Sox actually winning the World Series while filming last fall and you can catch real footage from their victory at the end of the film. You can feel the high energy come right out of the screen. It seriously gave me chills. This is a film that just makes you happy. Allow me one corny cliché; everyone involved truly hit it out of the park. GRADE: A-
Posted by Chris at 9:28 PM